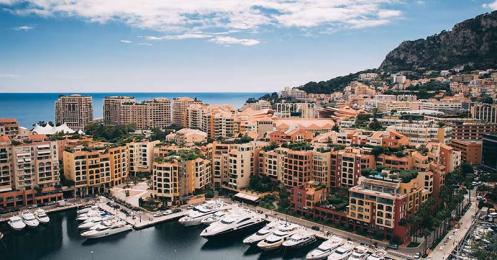 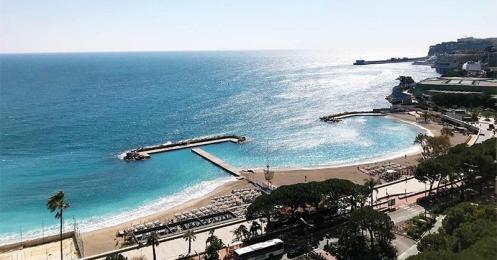 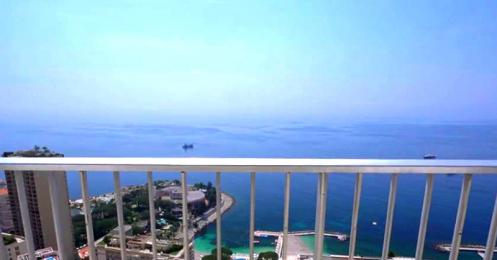 Lavish Apartment for Sale in Chateau Perigord I

This property is located in Château Périgord I - block c,... 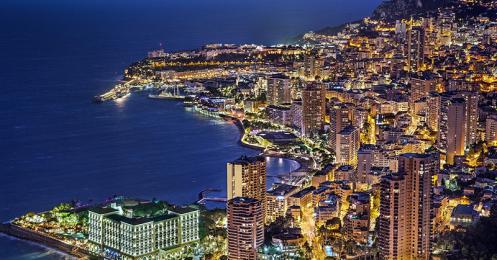 Duplex located at Mirabel, a prestigious residence in the heart of the...

Monaco, the land of Millionaires, is a mesmerizing, enigmatic and charming nation indeed. Perched beautifully in the picturesque French Riviera in one of the most pristine locations of Western Europe, Monaco which is also referred to as the Principality of Monaco happens to be the second most tiny nation in the globe just a bit bigger than the smallest one  - Vatican City. It is a sovereign city-state and is surrounded by the country of France on all sides except one where it is bordered by the Mediterranean Sea. The extremely small yet extraordinarily attractive country of Monaco has also Italy in its close proximity without sharing any physical border with though.

With a population of approximately around 39,000 and a physical area size of a shade more than 2 square kilometers Monaco is truly a wonderful and vibrant nation in the whole world. There has been a constant and gradual process of reclaiming land and because of the same today Monaco has a larger land area than before.

There are almost 19000 plus people living per square kilometer in Monaco qualifying it also as the most thickly and heavily inhabited sovereign state on the face of planet earth.

Chemin des Révoires located on the marvelous inclines of Mont Agel, in the Les Révoires Ward approximately 528 feet in height above the sea level qualifies as Monaco's tallest point.

The most highly inhabited quartier in the country of Monaco happens to be Monte Carlo and the maximum inhabited ward happens to be Larvotto/Bas Moulins.  Monaco has well laid-out and impressive parks and it is also home to the famous Oceanographic Museum.

This small country is very big when it comes to the number of rich people here. It is not a surprise that almost one third of the Monaco population comprises of millionaires as the tax laws are pretty favorable in Monaco.

Monaco, the country has long been run by The House of Grimaldi without any significant break in the pattern since the late 1200s. Being so close to France, the people in Monaco have French as their official language. However there are a variety of other languages used for communication like Italian, English and also an exotic language called Monégasque (a form of Ligurian, a Gallo-Italic language) which are used extensively both for speaking as well as writing.

Monaco as a sovereign state got official recognition after the Franco-Monegasque Treaty in the early 1860s and post that Monaco as a country became a full-fledged United Nations voting member in the early 1990s.

Monaco is an independent sovereign country. However the country of France has the onus of defending Monaco. On its own, Monaco does have its two military units which are compact in size.

Not being a formal member of the European Union (EU), does not exclude Monaco from having its say and participating in some specific European Union policies. Among many other policies, it includes the customs and border controls' policy too. It has a special connection and alliance with France and through the same, Monaco has the euro as its only currency (before the euro, the Monégasque franc was used in Monaco as a currency). In the year of 2004, the Council of Europe added Monaco as one of its member. Monaco also has the distinction and the privilege of being a member of the Organisation Internationale de la Francophonie (OIF).

The economy of Monaco today is a flourishing one indeed. The foundation for this economic growth was laid back in the beginning of the 20th century when Monte Carlo - Monaco's initial & original casino came into existence. During the same time Monaco got connected to Paris city via a railway line and of course prospered in the years to come.

The good connectivity, the casino combined with the natural blessings of a pleasant climate, beautiful landscape & topography to turn Monaco into a global tourist hub. It also became one of the most popular locations for the rich and famous who wanted a good time and also wanted to enjoy the great gambling environment that Monaco offered.

With the passage of time and now in the modern days, Monaco has grown beyond being only a tourist hub. With a vision on the future and to spread its wings into other attractive categories, Monaco added banking services, financial services, services sector, ecofriendly industries and more.

The fact that Monaco does not have income tax and also the fact that it has incredibly moderate business taxes makes it a favourite for all those who love tax holidays and tax havens. This tiny yet incredible nation has more aces up its sleeve.

The well renowned and the world famous Monaco Grand Prix is hosted every year in Monaco and it is credited as being one of the foremost Grand Prix of Formula One racing. Football is one of the favourite sports here and AS Monaco, the football club which has been crowned with the French championship multiple times as based out of Monaco.

The country of Monaco is so mesmerizingly beautiful that by default, everything looks luxury here. This definitely includes the intrinsically gorgeous luxury properties in Monaco. The extremely charming coast of the French Rivera is the ideal bosom to hold such a lovely country. What Monaco lacks in size, it more than makes up with its beauty, charm and extraordinary spirit.


This charismatic piece of nature called Monaco is also one of the most captivating country with its pleasant weather, friendly people, world class casino and of course the enthralling Belle- Époque structures and awe-inspiring luxury homes.

Some of the world's most resplendent and beguiling luxury properties dot the landscape of Monaco. These include real estate and property in Monaco, including Monte Carlo, Le Carre d'Or, Larvotto, La Rousse St Roman, La Condamine, Fontvieille, Jardin Exotique, Monaco Ville and Port Hercules. Grand villas, Studios, apartments all form a part of the amazing Monaco luxury real estate portfolio. The extremely vibrant and robust Monaco property market is in many ways governed by the Chambre Immobilière de Monaco (Monaco Real Estate Board). The ever alert and highly efficient Monaco Economic Board also plays a major role in ensuring the economic wellbeing of the real estate sector in Monaco.  The great property success, especially in the last decade or so, has encouraged the Monaco government to create multiple contemporary and world class properties in Monaco with all the facilities including security, swimming pool, gardens, gyms, etc.

The crowning glory in the luxury property landscape of Monaco is the Carré d'Or. This awe-inspiring and stunning location has myriad designer and some of the finest jewelry stores. The dazzling and spectacular penthouses in Carré d'Or offer some of the most sumptuous sea & port views. It is no wonder that the luxury real estate in Carré d'Or is always in demand from the most discerning clients across the globe. 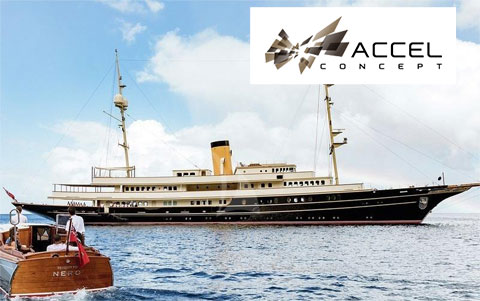 Over the past 10 years UHNWI* showed an increased desire to invest in property as well as live in it, thus generating strong growth in many residential locations. As for “The Wealth Report” released in 2016 by property consultancy Knight Frank, with capi

al gains not subjected to taxation, Monaco is one of Europe’s property hotspots with annual price change posting double-digit growth (10%) compared to 2015.Based and operating in Monaco, Accel Invest is specialised in acquisition and sale of real estate proper ... read more 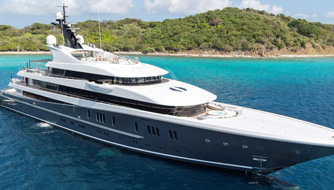 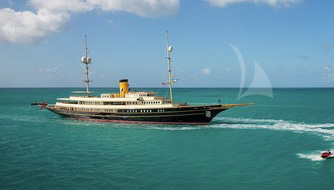 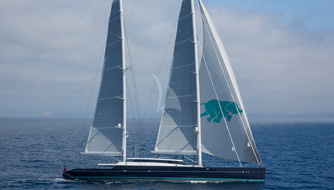 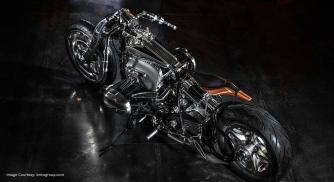 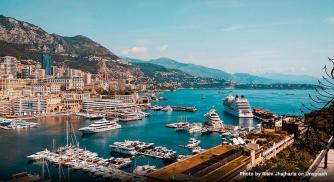 The Ultimate Guide to Luxury Homes in Monaco

Monaco is packed with enough to keep you engaged, and there’s no question that y ... 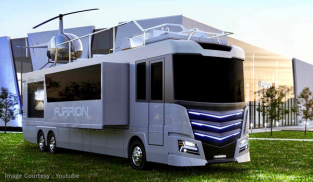 After the virus-imposed shutdown the HNIs are now willing to spend millions on lux ... 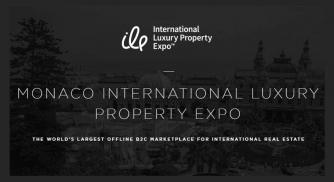 The first quarter of 2019 has unraveled a few important real estate facts across t ...