Situated at the most prominent locality of London WC2, Lincoln Square ...

A NEW PLUSH ICON will stand out on the skyline of the London city. Cry...

A Spectacular 3 BHK & 3 bathroom penthouse flat within this high c...

3 Bedroom Apartment for Sale in The Tower, One St. George Wharf London SW8

United Kingdom luxury real estate
English, English where are you ?
I am all over the world
I am from England that once ruled the whole world
Where once it was called 'the sun never sets on the British Empire
And still is a powerful country.

English is a global lingua franca now because of globalisation, rapid communication technology and colonization and imperialistic rule of the British. The impact of the English is felt all over the world because of the imperialism in 19th and mid 20th centuries.

The United Kingdom is a country in Europe that comprises of four countries together - England, Scotland, Wales and Northern Ireland. It is a part of the United Nations, the Commonwealth, NATO and the G8. The fifth largest economy in the world is UK. It was also the member of European Union but now it will exit on 29th March 2019, its exiting is now called Brexit.

The rule of Queen Elizabeth I is well known in 17th century. In 1600, the East India Company was started. It was during her reign that William Shakespeare, the greatest of the English playwrights was born in Stratford upon Avon in 1564. Though English literature is said to have begun with Geoffrey Chaucer in the 14th century, it is no doubt that English drama and poems flourished during the Elizabethan and Jacobean (James I) period because of Shakespeare. Some of his most famous plays are Hamlet, King Lear, Macbeth, Othello, As You Like It. Some of the playwrights and poets who were college graduates were there before Shakespeare and also had an influence on him, they were called the University wits. Some of the University wits were Christopher Marlowe, Thomas Nashe, Thomas Lodge, Robert Greene, John Lyly and Thomas Kyd.

Modern writers like J.K.Rowling is famous for her Harry Potter series which has been turned into films as well.

London lies in England where it is the capital city. UK has many cities in England like Birmingham, Manchester, Liverpool, Leeds, Bristol and Newcastle upon Tyne. Some of the oldest and renowned educational institutes in England, are Oxford and Cambridge universities. Scotland has the large cities like Edinburgh and Glasgow. Cardiff and Swansea in Wales and Belfast in Northern Ireland are some of most famous cities. To have a luxury at such a place is a dream and yes it would come true if you want.

It is not possible to visit UK and miss visiting London. London is a dream city for many all over the world. The spectacular Tower Bridge is on the banks of the Thames includes the White Tower with its displays of armor and weaponry, and the Jewel House, home to the Crown Jewels. The Buckingham Palace is a real royal home since Queen Victoria's reign. The city's Whitehall Road is another must visit, where you will find Big Ben and the Parliament buildings, as well as Westminster Abbey. Another area to visit is South Kensington, home to city's best museums, including the Victoria and Albert Museum and the Natural History Museum.

Edinburgh is one of most attractive cities, the capital city of Edinburgh is also one of the UK's most visited destinations. Edinburgh is home to the majestic Edinburgh Castle. This 13th century royal fort includes sights such as the famous One'o clock Salute held daily from Half Moon Battery, the Scottish Crown Jewels in the Royal Palace, the Scottish National War Memorial and the famous Stone of Destiny, only returned to Scotland after spending 700 years in London.

It is UK's one of smaller cities, Bath makes up for its small size with a multitude of things to see and do. It is named after its famous Roman Baths, this beautiful city has been alluring visitors to its healing waters for more than 2000 years. Its ancient history also tells that Bath is also famous for its lovely Georgian architecture, the best examples of which can be seen along the magnificient, curved Royal Crescent, with its palatial townhomes.

One of them, No.1 Royal Crescent, is now a museum that offers a fascinating discovery into life during Georgian times.


University Towns of Oxford and Cambridge

Since a long time, UK has been a center of learning with world's top most Universities being the place of tourist's interest also. Oxford also includes Carfax Tower, with its fine views over the city center, and the many fine old buildings of the town's High Street.

The first stop for the people who come to England, Scotland or Wales is Manchester. Castlefield is popular for its well-preserved Victorian houses, canals and Roman ruins. Other attractions include Manchester Cathedral and museum and entertainment. Liverpool, just an hour away by rail, offers plenty of cultural excitement, because of its association with the Beatles.

Canterbury is an attraction for pilgrims for over 1500 years. Geoffrey Chaucer, the father of English literature has written a long poem called 'Canterbury Tales'. Also scenes from the life of murdered Archbishop Thomas Beckett are depicted there.

The United Kingdom has diversity in living.

Being the financial centre of Europe, London is also an attractive cosmopolitan city with a strong luxury property market.

London , as the capital of England and the United Kingdom, is a major business and political centre and is one of the largest and most visited cities in the world. The combination of London's rich history and its modern indulgences make it the perfect haven for the high income and sophisticated people.

The popular locations where there is luxury real estate in England include Borough of Darlington, Borough of Sefton, Cambridgeshire, Essex, Greater London, Kent, Lancashire, Lincolnshire, Belgravia, Knightsbridge, Chelsea and Mayfair with the Georgian and Victorian townhouses being particularly sought after.

The affluent places where there is luxury real estate in Scotland include Stirling, Clackmannanshire, South Ayrshire, Edinburgh, Abington, Moray, Shetland.

The places where there is luxury real estate in Northern Ireland include Dublin, Cork, County Wicklow, County Clare, Munster, Leinster. The city of Dublin is where the great playwright, George Bernard Shaw was born.

The locations where there is luxury real estate in Wales include ……………..

Charles Darwin was a British naturalist of the 19th century. He and others developed the theory of evolution, which forms the basis for modern life sciences. Darwin's most famous books are 'The Origin of Species' and 'The Descent of Man'.

Sir Isaac Newton was a mathematician and scientist and very famous for the theory of gravity, nature of light and three laws of motion.

John Lennon was a musician and composer who was a member of the Beatles, the biggest rock band of the 1960s.

Queen Elizabeth II is presently the Queen and Head of State of the United Kingdom.

Stephen Hawking is a notable physicist and he is known for the development of the big bang and black hole theories. 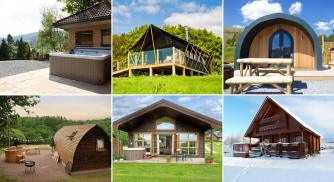 When the climate takes a wintry turn, many who have planned an adventurous outing ... 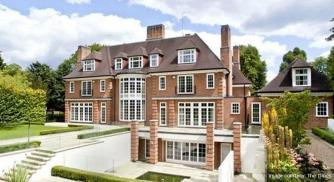 With the onset of Brexit in January, luxury homes in London are being purchased in ... 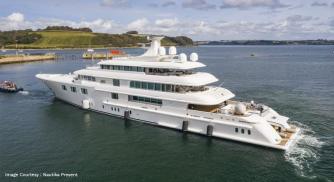 After months of refitting, Pendennis is set to launch their latest charter superya ... 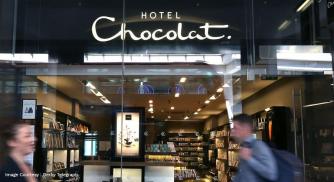 Hotel Chocolat Set to Release its Series of Luxury Chocolates in Travel Retail.

The UK based luxury confectionery brand, Hotel Chocolat is unveiling their first-e ... 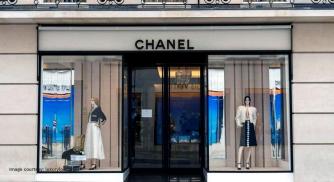 In a major move that would give a lot of confidence to retail investors, fashion h ... 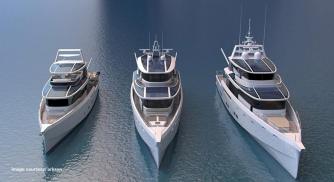 By combining the best of both the worlds - luxury travel and scientific exploratio ...