A super luxury villa for sale that comes with all the modern amenities...

A beautifully designed and structured villa located near Los Monteros ...

Hola !! Welcome to Spain. This amazing and breath taking beautiful country is as diverse as they get. An astounding 17 autonomous communities call Spain their home and there is a vibrant yet different lifestyle, climate, surroundings and different landscapes that you will come across in this country.

The capital of Spain is the wonderful city of Madrid that is rich in terms of its culture, heritage, arts, nightlife, music, architecture and for its extremely vibrant social life. Luxury real estate in Spain is a thriving business and a reality for everyone to behold. Beautiful mansions, extravagant villas, gorgeous penthouses form a part of the many classy and luxury Spanish properties that you have dreamt of.

Luxury locations in Spain like Gran Via, the beautiful locales of Salamanca and Retiro offer amazing luxury house with some really great architecture. Also the jaw dropping locations like La Finca and La Moraleja provide plenty of luxury options in Spain. And how can you forget the mesmerizing, the every young and charming Barcelona, the city of Gaudí, which remains a part of every luxury real estate buyers’ list as a priority.

The posh areas of Sarrià-Sant Gervasi in Barcelona enthrall every luxury buyer. And so do the enchanting towns like Seville in Andalusia, Valencia and Girona. Ibiza, situated in the Balearic Islands, has become the ultimate symbol of partying across the globe and its contemporary luxury villas, beach touch houses, seafront villas are coveted by the best in the business.

Costa Brava and the Costa del Sol are also major real estate locations when it comes to defining Spain luxury properties and have great beaches, resorts, sights and beautiful climates to offer.

Majorca, Palma, Andratx and Cala d’Or add to the fantastic Spain luxury homes that you could aspire to own one fine day.
Spain is such a beautiful city that many Hollywood films and also Bollywood films have been shot here. The Hindi movie, Zindagi Na Milegi Dobara , more than half of it has been shot here. If you see such movies, you would definitely want to visit Spain and would want to buy luxury real estate in Spain.

Spain is one of the unique countries in the world that showcases diverse geography and cultures. Its forms a part of Iberian Penninsula, the south-west corner of Europe. The main charms of the country are the Canary islands and the Balearic Islands, the capital of the Country, Madrid and the tourist city, Barcelona.

There are many stories in which natural beauty of Spain is described and many films have been shot here. It has stone castles, mountains covered with snow and highly advanced cities, all these have made it a favourable travel destination. The nation has variety to offer geographically and culturally. Its mainland is the Meseta, a broad central plateau half a mile above the sea level. It is a vast plateau that has elevations that range from 610 to 760m. Surrounded by mountains, the Meseta Central slopes gently to the west and to the series of rivers that form some of the border with Portugal. Most area of the land is used as a shelter to the cattle and grain production. Miguel de Cervantes' Don Quixote described this rural setting. The broad valley of the Ebro River, the region of Catalonia that has many mountains is in the northeast of country and hilly coastal plain of Valencia.


In the northwest is the Cantabrian Mountains, an uneven or rough surface in which heavily forested, it has good rains that wets the valleys with tall peaks. The citrus- orchard and irrigated lands of the valley of the Guadalguivir River, enjoys in the well known lyrics of Spanish poets Federico Garcia Lorca and Antonio Machado, and over this valley rises Sierra Nevada that is covered with snow. In the south of the country is desert, land is an extension of the Sahara which was known to Americans through the "Spaghetti western" films of the 1960s and early 70s. With lots of palm trees, rosemary bushes, and other tropical vegetation, the southeastern Mediterranean coast and the Balearic Islands enjoy a good climate, attracting millions of visitors and retirees, especially from northern Europe.

Spain's villages are quaint, having castles, aqueducts, and ancient ruins, but its cities are unmistakably modern.

The cultures and cuisines are very different like those of Lusitanians, Basques, Castilians, Galicians, Catalonians, Jews, Arabs, Romans, and Roma (Gypsies), among other peoples are famous for their customs and prolific contributions to the world's artistic heritage. The Roman conquerors left their language, roads, and monuments, while many of the Roman Empire's greatest rulers were Spanish, among them are Trajan, Hadrian, and Marcus Aurelius.

Spain has different variety in terms of languages, and the autonomous communities in Spain are 17 in number.  Soothing atmosphere, state-of-the-art lifestyle and landscape panoramas here at Spain excites each and every tourist. The taste of this country has to offer is very tough to forget. The discos, fashionable clubs, bars and cafes in Madrid makes ones nightlife more enchanting and alluring. Especially during weekends its at the highest peak. The Spanish spoken city is also well known for its arts and museums. Museo del Parado, Museo Nacional Centro de Arte Reina Sofia, Museo Thyssen-Bornemisza and Museo de America are some of the museums as attractions.
The stylish city offers many luxury properties in desirable areas around the Gran Via, in the nearby places of Salamanca and Retiro, and the exclusive zones of La Finca and La Moraleja. Barcelona, the city of Gaudi, is also highly desired by discerning buyers, particularly the aristocrats of Sarria Sant Gervasi.

Infact, there are many splendid Spanish towns which includes Seville in Andalusia, Valencia and Girona. Besalu is an old Spanish town that remained as whole over the years. This town is in the province of Girona with full of narrow cobbled streets so it's better to wear proper footwear. Then there is the town of Comillas that will astonish you with its El Capricho building. You can visit the gigantic Sobrellano Palace which is situated next to El Capricho. One of the Balearic Islands, Ibiza is the right choice for all those who wish to have comfortable and pleasurable life and love to party. Its modern luxury villas, which is mostly located on the seaside are popular with celebrities, sports  stars and influential entrepreneurs. Costa Brava and the Costa del Sol are fashionable locations that are well known for their lovely beaches and seaside resorts. Majorca, another of the Balearic Islands, is a true utopia on earth with its coastline of 550km.  The towns of Palma, Andratx and Cala d'or are some of the most astounding luxury properties.

You are absolutely correct if you are thinking to purchase any property in Spain as there are many luxury properties here. You can find beach houses or villas for sale in Spain. Good information on the luxury homes in Miami is given by the Santridrian Real Estate Team . They are specialized in Waterfront properties In Miami Beach, Coral Gables, Golden Beach, Sunny Isles Beach, Coconut Grove and Key Biscayne.
Find the most sought after Spain luxury homes with LuxuryAbode.com. We are your exclusive resource for Spain luxury properties. We have 10 luxury homes and properties for sale in Spain currently. Our Spain luxury real estate collection includes Luxury & exclusive homes, sea facing villas, sea facing posh apartments, sea facing bungalows, mansions, Villas, farmhouses, cottages, luxury apartments, penthouses, duplexes and many more lifestyle properties from luxury real estate developers and luxury property owners in Spain. 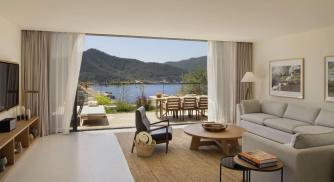 One of the most prestigious hotels in Ibiza has some exciting news for its guests. ...

The Metaverse fever is definitely catching on especially in the fashion world with ... 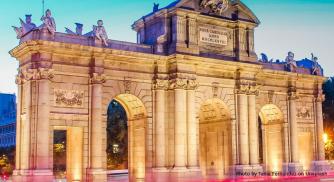 A List of The Top Luxury Hotels in Madrid, Spain

A List of The Top Luxury Hotels in Madrid, Spain ... 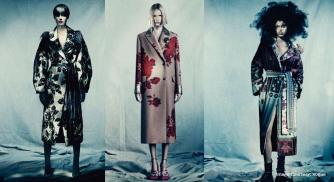 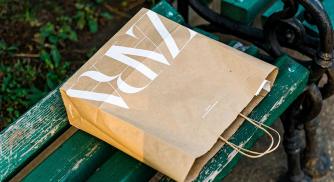 Zara SA, stylized as ZARA, is a Spanish apparel retailer based in Arteixo in Galic ... 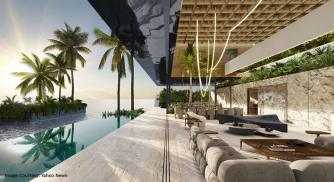 Floating Villas were synonymous with luxury vacations before but now a company wan ...