Wordsworth says in one of his Poems, "The Tables Turned" that Sweet is the lore which Nature brings. Yes to live amidst nature is a blessing. And to live in an island country like Malta is a chance only for the fortunate ones. The Republic of Malta lies in the southern part of Europe above north Africa. It is an island country consisting of an archipelago in the Mediterranean Sea.

In the world rankings, Malta ranks tenth as the smallest nation and fifth most densely populated country. Valletta is the capital of Malta and is the smallest national capital in the European Union. The official languages spoken there are Maltese and English, with Maltese officially recognized as the national language and the only Semitic language in the European Union. Malta is an island country in the Europe and near to Africa and Middle East. So it has been dominated by several cultures of foreign rule or race such as the Romans, Greeks, Phoenicians , Arabs, Romans, Normans, Swabians, Aragonese, Sicilians,  Hospitallers, French, and British. The country comprises of five islands – Malta, Gozo, Comino,  islets of Kemmunett and Filfla.

Malta clearly played  a  strategic significant role in the World War II as a base for the Allied Powers. It was heavily bombarded by the German and Italian aircraft and by the end of the war Malta was devastated.  In 1942, the island of Malta was given George Cross , a British award for great gallantry, in recognition of the wartime bravery of the Maltese people. The movement for self governance strengthened after the war. The country became independent from Britain and joined the Commonwealth in 1964 and was declared a republic on December 13, 1974. It was admitted to the European Union (EU) in 2004.

Though a small country, you can find not only nature but luxury homes in Malta too. Know about the quality apartments, duplexes and townhouses, villas, waterfront properties in the most sought after areas of the archipelago, a charming villa in Madliena, a stylish apartment in Valletta, a luxury penthouse in Gozo, a modern duplex in st. Julian or a seafront property in Sliema.


Places to visit in Malta

A significant sea port, Valletta is the fortified city anf the elegant capital of the Republic of Malta. The whole city is a testimony to the great Knights of Malta and the European noblemen who were granted the Maltese Islands by the King of Spain in 1530.

Start the tour of Valletta at Saint John's Co-Cathedral. This 16th century church was built by the different Orders of Knights hailing from various countries such as France, Spain and Italy. Visitors are surprised by the awe-inspiring interior with its luxurious gilded décor. There is the Grand Master's Palace, which was once the residence of the Knights of Malta. This palace boasts of splendid paintings that tell the story of the Knight's military victories. In the Grand Master's Palace, the Grand Armory shows the armor that protected the knights in battle. There is the Upper Barracca Gardens, with its Romanesque style arches and gorgeous views of the Valletta harbor. And you can spend some time on the Museum of Archaeology to see artifacts from Malta's most ancient sites dating back 5000 years.

The most beautiful and peaceful destination of the Maltese Islands is Gozo Island. Like Yeats tells in his poem The Lake Isle of Innisfree, "And I shall have some peace there, for peace comes dropping slow". The island has attractive landscape, quiet towns and clean beaches, this little island is the perfect place to enjoy and discover cultural attractions.

There are so many sights to see that a day would not be enough or even a weeklong stay would not be enough for sightseeing.  Gozo is not as much developed city as Malta, the island has a fortified medieval city, Victoria, an active seaside resort, Marsalforn and the most important archaeological site of Maltese Islands, Ggantija Temples which dates back to around 3500 BC.

Gozo is also famous for Azure Window, a beautiful coastal formation that stuns visitors with its beauty.

The island has hills which is covered with farms and hillsides lead down to protected beaches and old fishing villages. One of the favourite beaches is at Ramla Bay. This beach has sandy shores and very gentle waters that are safe for swimming. There are also old villages situated on hilltops and grandiose Baroque churches in even the little towns, the island of Gozo is accessible by ferry from Cirkewwa on the Island of Malta.


The Medieval Hilltop of Mdina, Island of Malta

If you visit the hilltop of Mdina, you will feel like you are living in dreamland or a fairytale.  The main gate to enter the city takes you back in time. The Cathedral of Saint Paul, is a very important location to visit and not to miss. The Maltese architect Lorenzo Gafa designed it. The cathedral has a precious 12th Century icon of Madonna and renowned works of art by Maltese painter Mattia Preti.

The neighbouring town of Rabat is just next to Mdina. Tourists can visit both cities in the same day. In Maltese, the word "Rabat" means suburb. Rabat doesn't have as much tourist places as Mdina, but still has historical attractions. For those who are interested in the classical period, the Roman Villa is definitely worth visting. It is also called Domus Romana, that has astounding 1st century BC Roman mosaics.

Some of the most ancient mosaics are these and are the examples in the western Mediterranean and shows the unbelievable work done by the most skilled artists. Another place that you must not miss is the Parish Church of Saint Paul, a 17th century Baroque church, which was built on the site of the grotto where there is a belief that Saint Paul found shelter after his shipwreck off the coast of Malta in 60 A.D. 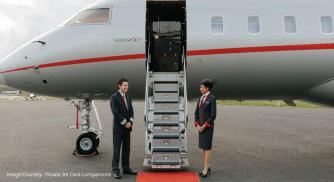 In an important announcement VistaJet And SkyNRG have confirmed a Path Breaking Su ... 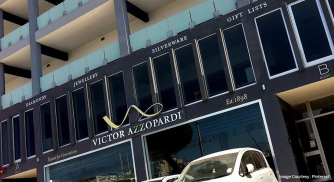 Find a list of the top luxury jewelers in Malta ...