Why is Monaco an important location for Jewelry?

Monaco, a sovereign city-state on the french riviera, is known for its luxurious life and lavish wealth. Every 1 out of 3 people in Monaco is a millionaire and the poverty rate here is zero. Someone once said that “With wealth comes great taste and enthusiasm for fine jewelry” which is absolutely true in the case of Monaco.

This country is highly known for its lineage in jewelry. It is also said that the earliest finding of jewelry was dated around 25,000 years ago which was A simple necklace made of fish bones found in a cave in Monaco. Since then Monaco has made huge progress in the world of jewelry and today it is considered one of the important locations for jewelry. Not convinced, let me give you reasons and by the end of this blog you would definitely agree.


Monaco is known for its royal background which gives a touch of royalty to the jewelry. In 1869, Mellerio dits Meller designed a bracelet for the princess of Monaco but the interesting fact is he was also the jeweler to the queen of France since 1613 and is considered one of the oldest jeweler. 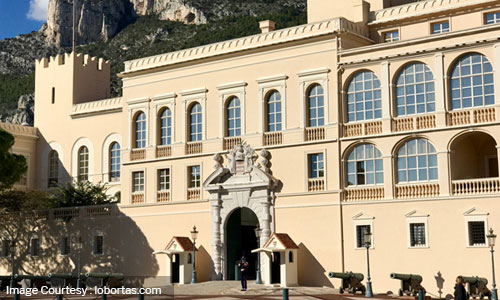 
In August 2015, legendary jeweler to the stars, Graff marked the 10th anniversary of its Monaco Rare Jewels summer exhibition at the Hotel de Paris. The hotel is the location Graff chose for its first store when the company originally expanded outside the UK in 2000. Graff now has more than 45 stores worldwide.

Graff has a habit of eclipsing all other jewelers with his dramatic diamonds and jaw-dropping prices. This year he did not disappoint. The Hallucination, a multi-colored diamond watch, thousands of hours in the making, which bears a $55 million price tag and a kaleidoscope of rare diamonds, was rumored to be on display. Graff did not officially announce that the watch was in Monaco, with a press release instead claiming “it is possible that the Hallucination, estimated to be the most valuable watch ever created, may make an appearance.” But it is likely that Graff is not contractually allowed to say it according to its agreement with an insurance company.

Jewelers in Monaco this summer included ORLOV, a brand owned by a 40-something couple who host exhibitions of their high jewels in Monte Carlo, Moscow, and Courchevel each year.

According to Pauline Zanzer, a Monaco resident who has consulted various luxury jewelers, forging connections through her personal contacts with high net worth individuals and organizing Monaco-based events, the jewelers showing in Monaco try to maximize their profit over the summer for the whole year, with some jewelers teaming up with Monaco companies to stage exhibitions for wealthy vacationers.

“Many high net worth individuals spend July in Italian resorts and August on the Cote d’Azur, which explains why there are many luxury-related and charity events in Monaco during August,” says Zanzer, who recently graduated from the International University of Monaco with an MSc in luxury management. “There are always lots of security guards. The guards are very discreet – the more guards, the more important the event seems. In most cases, insurance companies make more money than jewelers.”

One of The Best Jewelry Place to shop from


Monaco has few of the best jewelry places to shop from in the world. The following are some of the famous jewelry brands from Monaco.


The company was founded in 1982 by Ariane Prette in Monaco. Since then the jewelry brand has opened stores in my parts of the world. With a reputation for quality craftsmanship, APM is a fashion lover destination for modern luxurious jewelry. 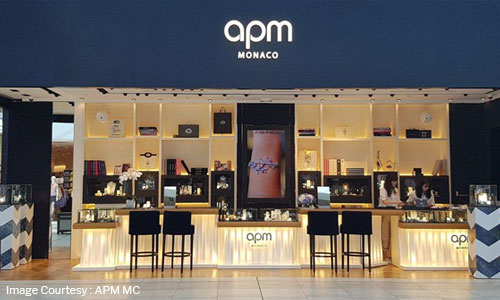 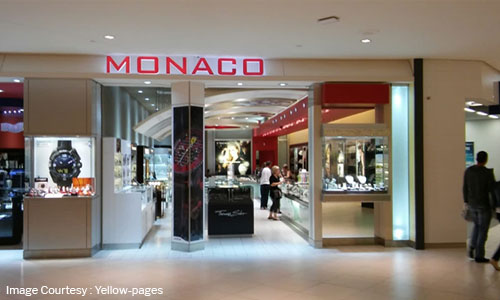 
Orlov is a high street jewelry brand based in monaco. there is a native opulence and a bold confidence that characterises all orlov jewelry designs - partially linked to the spectacular gemstones and diamonds they incorporate. These are dramatic jewels that embody a grandeur that needs to be seen, held and worn, to be believed. Orlov is a company with the spirit of Monte Carlo, founded in 2011 by Angela and Christian Orlov. 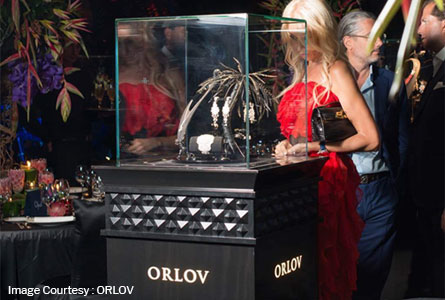 
Stardust is a family jewelry business that for over three generations has been taking care of some of the wealthiest families in Europe and their jewelry collections.

Today, more and more international clients recognise the uniqueness of the pieces created by this italian family.

Rare gems of exceptional quality are the other passion of the family which is constantly travelling the world in their search. 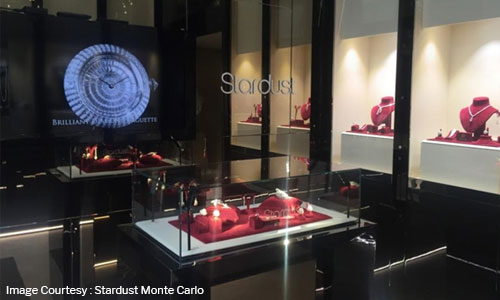 Anushka Tripathi is a 19 year old Engineering student with the correct blend of emotions and right choice of words. She is an aspiring content writer making the best out of life opportunities. She loves food, tattoos, shopping and shoes. She loves chai so much so that she has a teacup tattooed. She ... read more 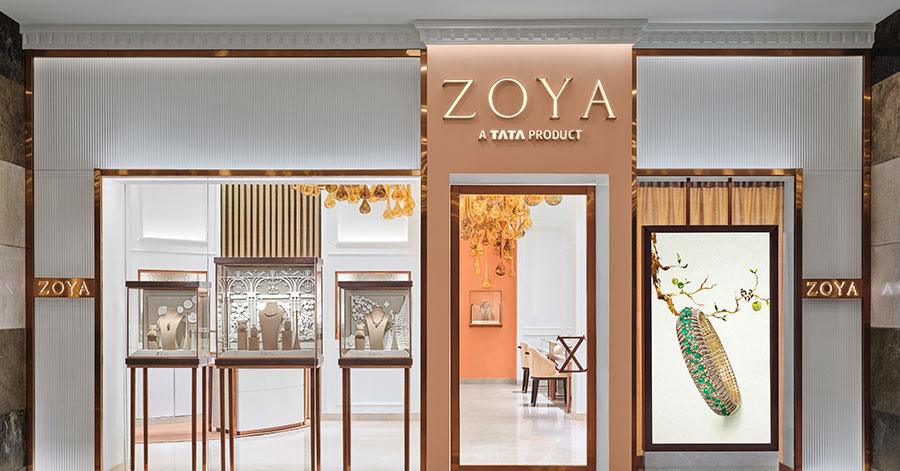 Zoya Launches its First Store in Gurugram at Ambience Mall 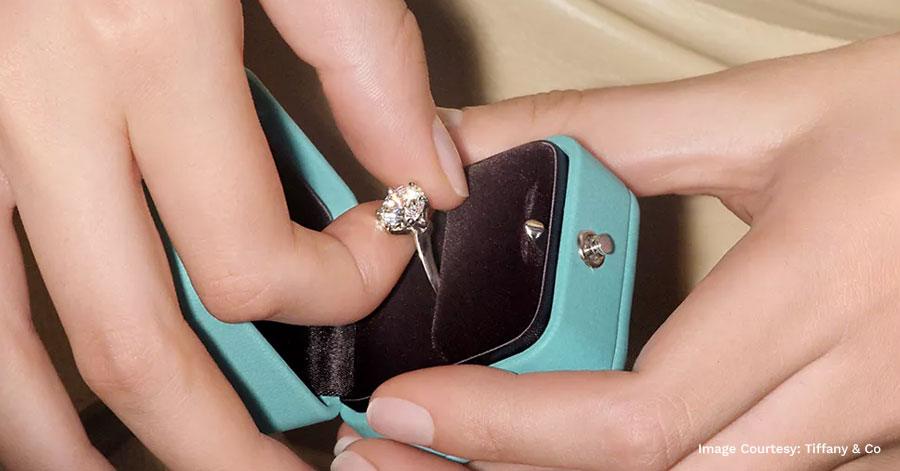 Tiffany's 'Vision and Virtuosity' Exhibit to Begin in London Soon 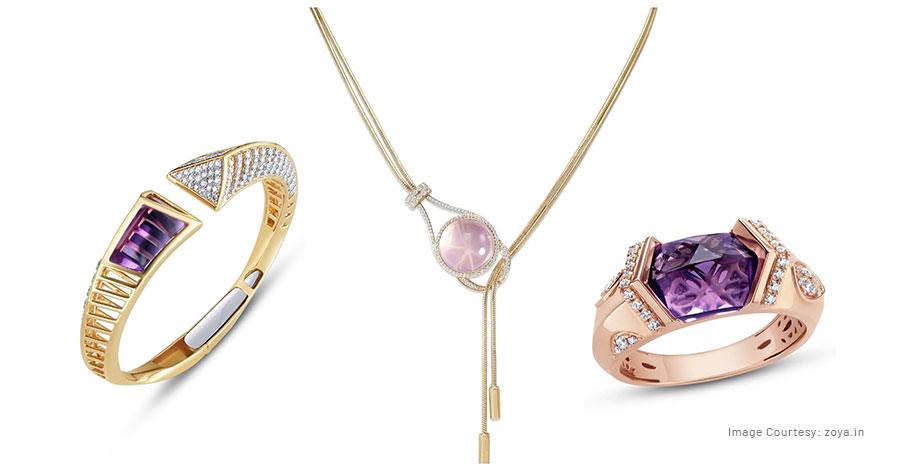 Aeterna by Zoya is a Radiant Tribute to Endless Feminine Energy