London provides a wide range of British artists. Britain has created and manufactured world-famous brands. British fashion has also been highly appreciated for its sense of elegance. These fashions are characterized as having a thrown-on look to whatever apparel is worn. In British fashion the main highlight is that it never looks too polished.

London provides a wide range of British artists. Britain has created and manufactured world-famous brands. British fashion has also been highly appreciated for its sense of elegance. These fashions are characterized as having a thrown-on look to whatever apparel is worn. In British fashion the main highlight is that it never looks too polished. 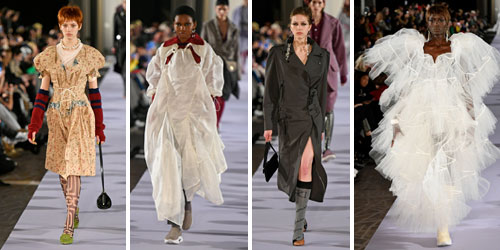 
Let's start with arguably the most influential, not only did Dame Viv have a career spanning five decades (so far) but she was also responsible for a whole fashion genre. Vivienne Westwood is a British fashion designer and a renowned businessman known for introducing new fashions to the world. Vivienne Westwood Limited is an apparel company that manufactures fashion-related products for the craft, wholesale, and distributors.

Since the year 1970, the company has been making fantastic products and designing beautiful clothing and trendy love products. Products from the company are being sold in nearly four London shops and gradually expanded throughout the UK and around the world. It markets various kinds of products that fit all times. Vivienne Westwood was a model who believed the clothes speaks for themselves 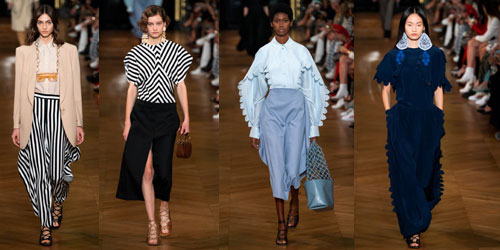 
McCartney had a difficult start to her career but a few seasons into her job as Artistic Director at French label Chloé she hit her groove with funky creations that were both glamorous and girlish. She pursued a more grown-up, tailored look after launching her own eponymous label in 2001, drawing a high-profile celebrity clientele that has ensured that her dresses continue to be omnipresent red-carpet staples. As a committed vegetarian, one thing that has always been unchanged is her refusal to deal with leather or fur. 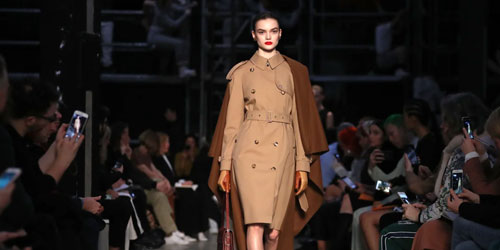 
Burberry, one of Britain 's oldest labels, did not start as a fashion company but became famous for a kind of hardwearing, waterproof fabric called gabardine, created in 1870 by founder Thomas Burberry. It was used for their uniforms by Army officers and by Roald Amundsen, who became the first man to touch the South Pole. As the 20th century progressed, the popularity of their Trench coats soared, and the Seventies football hooligans, unfortunately, adopted their trademark check.

The name of their catwalk line, Prorsum, is the Latin word for 'ahead' and this only happened for the company in 2001 when designer Christopher Bailey, born in Yorkshire, took over the artistic reigns- His fresh, linear approach to classic English style wowed the critics and transformed the label into one of the hardest hitters in the industry. Now, with Ricardo Tisci at his helm, with his monogrammed mark and check print at the core of his street-inspired rebrand Burberry has taken on a more distinctly youthful look.


Ted Baker is a multinational brand of fashion that sells menswear, womenswear, shoes, and everything in between. Ted Baker, a quintessentially British brand, is known for its eccentric and commercial fashion range, detailed high-quality design, and distinctive use of pattern and colour.

Ted Baker is one of Britain's fastest-growing leading lifestyle brands. After its inception as a menswear company in Glasgow in 1987, the ranges have expanded exponentially. Today Ted Baker provides a wide variety of collections including Menswear, Womenswear, National, Stamina, Pashion, Langley, Cosmetics, Fragrance, Skinwear, Boots, Eyewear, and Watches. Ted Baker has a chain of UK and US stores and also has a presence in leading department stores. 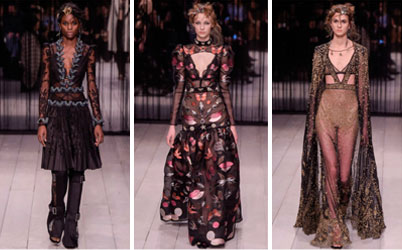 The firm introduced McQ, a low-priced diffusion line, during the year 2006. This has ready-to-wear apparel for men and women, and accessories that Lee Alexander McQueen designs entirely. The goods are developed and sold all over the world. 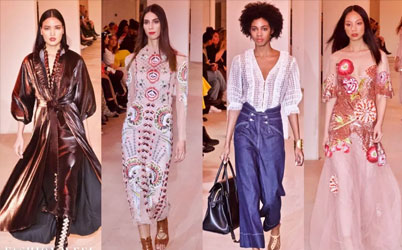 
Temperley London is a popular British brand founded by a British fashion designer, Alice Temperley, during the year 2000. The company was founded following the graduation of Alice Temperley from the Royal College of Art.

Alice is going to run an independent company over the years. This company is distinguished by sleek styles that match everybody's clothing needs with tremendous conviction and feminism. Product construction involves craftsmanship methods, exquisite hand-made embellishment and beauty associated to maintain a artistic look. The Temperley London's main business focus focuses on ready-to-wear women 's brand, which has grown to provide a wide variety of clothes for any event. 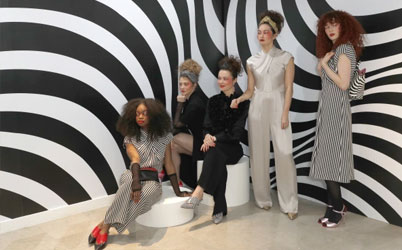 
In the year 1989, Lulu Guinness was created a top British fashion brand. The business designs and produces many of the apparel items. It began as a manufacturer of handbags and accessories and now operates globally. This brand 's numerous items include clutches, handbags; travel goods, purses, and accessories.

Classy designs, fun additions, and thrilling accessories from the brand have been chic and popular all over the world. The principal motif and signature purse became the standard accessory of the brand. The business markets the items through department stores, and also online, in several stores based in China, UK, Taiwan, Thailand. The brand still stands by its slogan ”Dare to be different” at the moment. For the brand, the year 2017 was a milestone year as it launched the footwear and Ready to Wear which saw the business expand tremendously. Lulu Guinness is considered one of the biggest British fashion brands since it is an emerging brand. 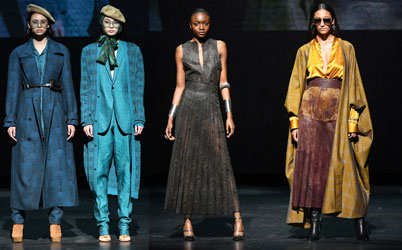 Oswald Boateng is a popular British fashion designer who is popular with the classic British tailoring style for his trademark twist. By taking inspiration from his father's suits at the age of 28, Boateng opened his first shop on Savile Street. His trendy approach to designing menswear helped create new popularity and has been famous over the years. Boateng's pushed completely onto Savile Row during the year 2002. During the year 2008, he opened his new flagship store and headquarters in Savile Street. This holds an architectural style grounded in Savile Row practices.

He makes careful use of color and fabric which provides a traditional British classic tailoring mixed with modern designs. Oswald Boateng is considered one of the top British luxury designers, because of his style of introducing tailoring to a whole new generation. 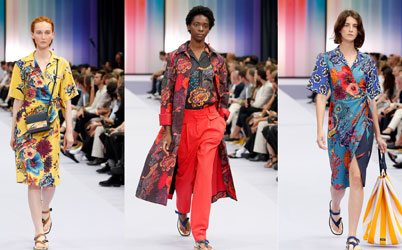 
Paul Smith is the top designer of fashion in Britain. He is known for his artistic style, a combination of both tradition and modernism. Repeating the principles set by Paul Smith during the year 1970, the company's guiding philosophy has become 'classic with a twist.'

It's powered the organization to great heights. A British sense of humour embraces each of the Paul Smith projects. Paul Smith's creations are put between high-end casual and formalwear. The company's designs began by designing masculine clothing by gradually expanding the business to other areas as well. The company has grown to about 70 countries through the selling of its goods through retail retailers, supermarkets, shops found in airport terminals, and online. The Paul Smith brand is considered one of the best British fashion labels, thanks to its excellent product style. 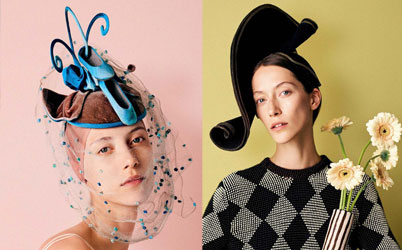 Stephen Jones apparel company specializes in tailor-made hats that fit various purposes, such as cowboy hats, baseball caps, evening caps, and berets. The business is marketing scarfs too. Stephen Jones based in the heart of London's Covent Garden founded the company during the year 1980.

Retail boutique Stephen Jones, workroom, architecture lab are now housed in the Georgian townhouse. The business uses quality fabrics and creates exquisite designs ranging from the finely made polished to the fanciful.

During the 1990s, Stephen Jones launched a Miss Jones diffusion line featuring hats and introduced the Jonesgirl label that catered for Japan during the year 1993. This company has been making a good entrance into Japan ever since. The firm also has a licensing agreement that was manufactured under its name for cosmetic bags, T-shirts, and handkerchiefs. 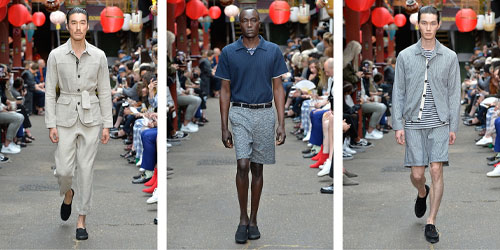 
British fashion brand Oliver Spencer was founded by Oliver Spencer during 2002. He's a self-learned tailor and a shopkeeper too. By working in a market stall he shared the passion for clothing and fabric.

Oliver Spencer wanted to create something new with a range of high-quality clothes and also a craft of premium tailoring with a modern style. The store was established in a single shop on the street of London, expanding into four more shops and online businesses over the years. Many of the top department stores, malls, and retail retailers also carry the items. This brand's goods are uncompromising in terms of the expectations that are sent for production.

Shatakshi is currently pursuing her LLB degree. She enjoys singing, arts and being opinionated. She believes making mistakes is okay as long as one is willing to learn; as a really cool group once said "Even all the scars from your mistakes make up your own constellation"... read more