One & Only Cape Town, a Legendary Luxury Resort in South Africa is One of The best in The World

One&Only Cape Town is a sanctuary of urban tranquilly and one of the best luxury hotels in South Africa. It is situated on the scenic V&A Waterfront and offers panoramic views of the city and beyond.

And with the introduction of its considerable remodelling, which includes the hotel's 133 bedrooms and suites, lobby, Vista Bar & Lounge, and extensive landscaping, the hotel now provides a fresh, contemporary take on the ultra-luxury experience. Other areas of the hotel that have been remodelled include:

Nevertheless, we must be cautious about giving the impression that this is modernism for the sole purpose of being contemporary. The resort takes inspiration from all aspects of the local topography, which is already considered to be one of the most beautiful in the world. These aspects range from the geology of Table Mountain to the colourful urban mythology that is unique to the city itself.

At the One&Only Cape Town, each of the 133 guest rooms and suites, as well as the lobby, Vista Bar & Lounge, and the outdoor areas, have all been renovated. The new design was inspired by several aspects of Cape Town, including its architecture, geography, and culture. The resort takes full use of its ideal position in the heart of the city by providing guests with stunning views of Table Mountain and the harbour from its location on the hip V&A Waterfront.

The entryway has limestone and tiles made of African Ash, both of which contribute to an elevated arrival experience. Statement tables and structural seats also contribute to this elevation. In the lounge and reception spaces, you'll find exquisite African motifs paired with laid-back neutrals, deep browns, and warm earth tones. Additionally, there are neutrals.

The One&Only Vista Bar & Lounge in Cape Town was recently remodelled, and as part of the makeover, they gave prominent display to a local hero. The story of how Table Mountain got its name, which is passed down down the generations as "The Watchers," is an excellent illustration of this kind of tale. Stanislav Trzebinski, a Kenyan artist who now resides in Cape Town, was given the task of constructing a Watchers sculpture for the Vista Bar & Lounge. The sculpture is intended to be placed above the bar display and in perfect alignment with the view of Table Mountain.

The design of the guest rooms made intentional use of a variety of natural materials and textures throughout the space. A colour scheme that is more subdued than usual and fabric that is evocative of traditional mud cloth from Northern Africa may be found in the bedrooms. The strong angles and soft curves of the building's construction are well complemented by the rounded headboard of the bed. Ceramics that have been created by hand and include organic shapes and earthy tones are intended to inspire images of Table Mountain.

A few of the glamorous touches that have been added to the guest rooms in order to make them the embodiment of modern African luxury are drawer knobs made from tiger's eye and artworks that have been facetted. The headboard walls of the Marina Rise are embellished with gemstone shields that symbolise the Sun and Moon. These gemstone shields were crafted by artists who are notable figures in the Eastern Cape of South Africa. Richard Madongwe and the other Zimbabwean beadworkers on his team created each and every one of the beaded vases that can be seen around the hotel. The people of Africa would carry these jars on their heads so that they could transport water, the earth's lifeblood, to their families. Each of the mirrors in the bedrooms has a bespoke frame that was crafted by Johannesburg's Coote & Wench. These frames have carvings that were designed by renowned wood sculptor Ben Tuge and were inspired by kelp forests.

In the dining areas of the Marina Rise suites, Johanny Twala has contributed intricate structural ink line mountain contour drawings of Lions Head, Signal Hill, and Table Mountain. In the lounges, Claude Chandler has proudly featured his artworks that he created using the longitude and latitude of Table Mountain. The suites are decorated with artworks by local artists.

When referring to the Cape Floral Kingdom, the Cape Mountains are sometimes used as a synonym. The Cape Floral Kingdom is the smallest of the world's six plant kingdoms, yet it also has the greatest variety of plant life. The resort's admiration of fynbos and protea varietals is reflected in the quantity of fresh flowers and other decorative elements displayed throughout the resort's rooms and common locations around the luxury resort. 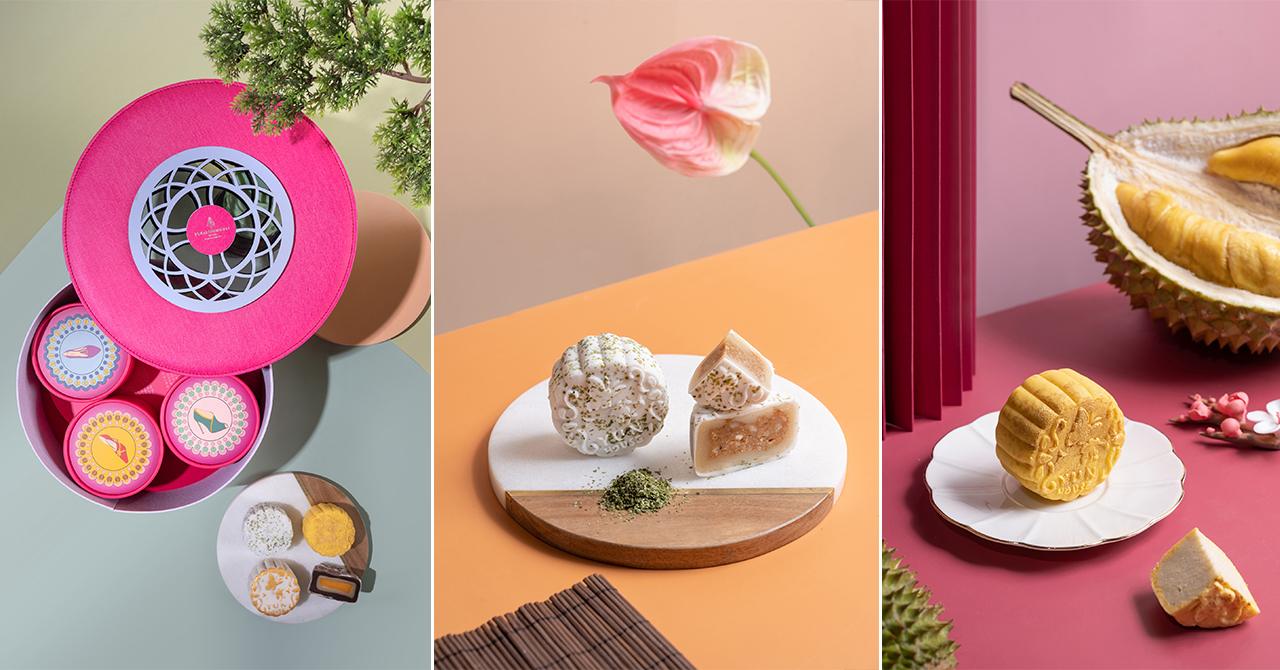 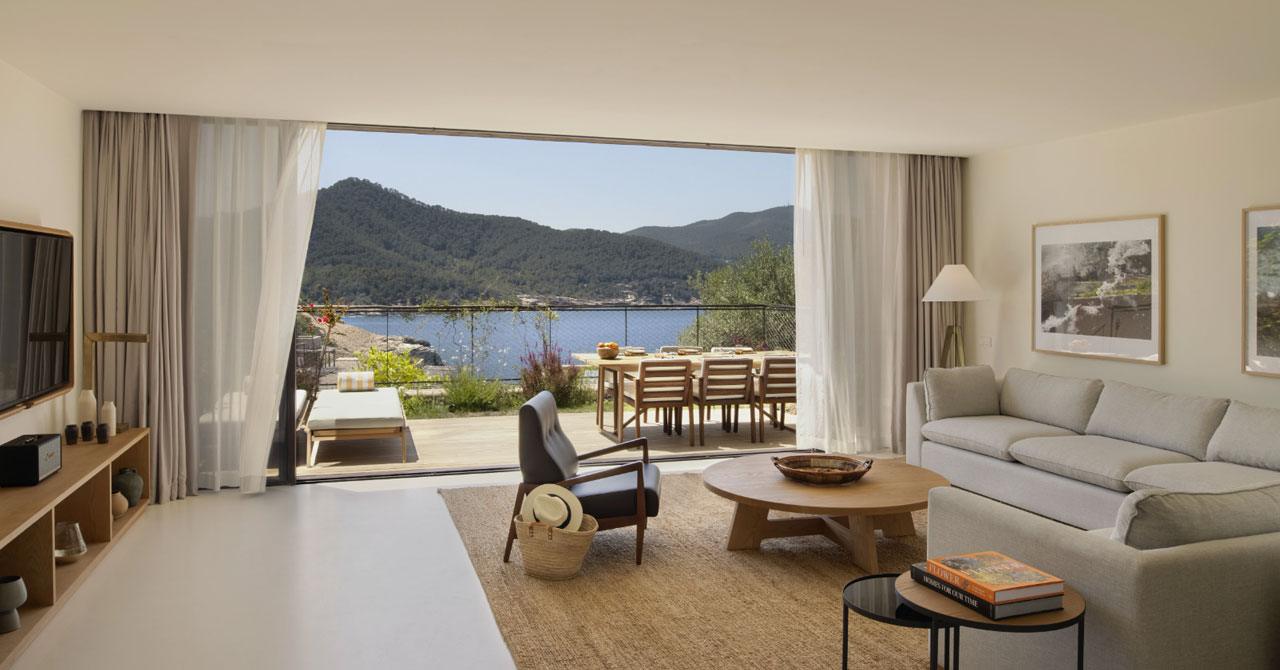 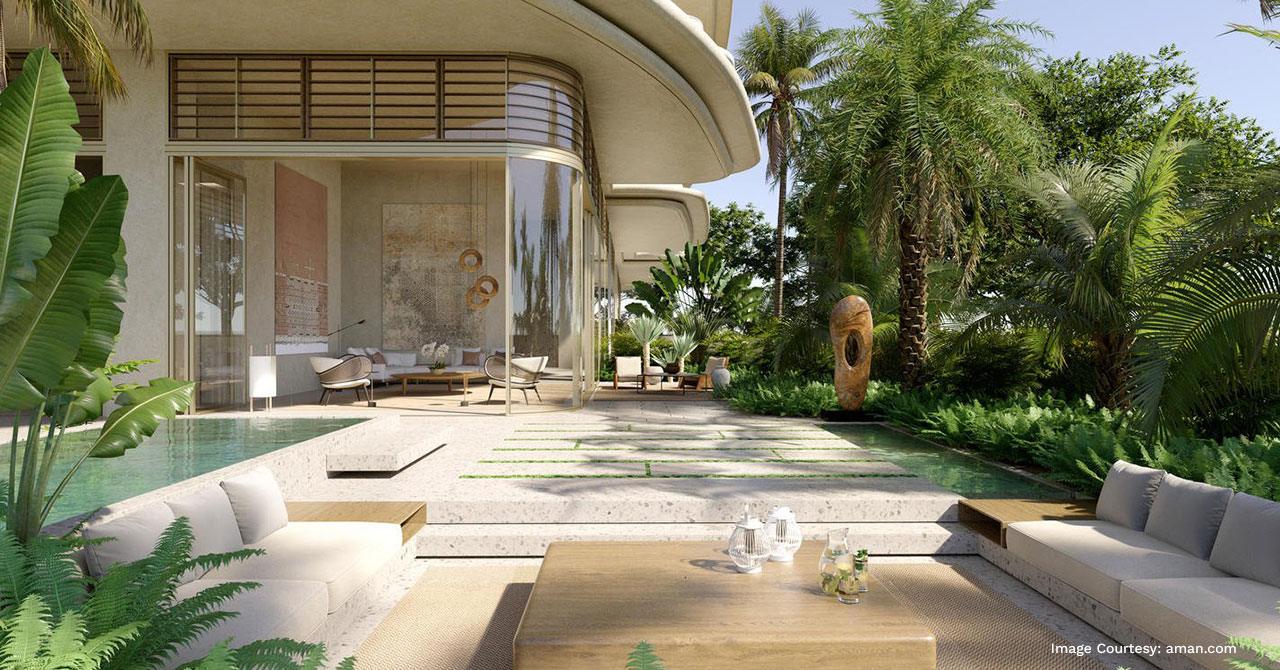 Adjacent to Both Rodeo Drive and Santa Monica Boulevard, Aman Beverly Hills is Sure to be a Thrilling Destination