In Yesteryear, the dainty ribboned sandals of women used to be hid under their billowing Victorian gowns. Now, with the advent of much shorter skirts/dresses that put the legs on display, and even straight fit silhouettes, flaunting footwear is a great trend. With this skyrocketing demand, varied silhouettes of women's footwear have come up over the years— open-toed sandals, knee-length boots, solid pumps, square stilettoes, comfortable yet snazzy sneakers, and so many more variations.

The abundance of avant-garde silhouettes and exceptional designs embedded into eye-popping shades, have completely spoiled us for choice. However, we cannot deny the luxury industry’s due diligence towards ensuring we literally put our best foot forward. And by luxury, we don’t just mean insanely expensive, but also profuse creativity intertwined with exemplary craftsmanship and over-the-top aesthetics. So, let’s explore this luxurious world of footwear to make our hearts as happy as our feet are in these brands.

A true Sex and the City fan can never forget the unmissable grandeur of Carrie Bradshaw’s umpteen Manolo Blahniks. Well, case in point, Manolo Blahnik is one of the most esteemed, revolutionary footwear designers in the world. He is distinguished for having embodied utmost perfection in his designs. His signature style can be recognised at a glance and imitates art figuratively, commanding price ranges from €500 to €6500.

He is known for creating larger-than-life heels which are sometimes as high as twelve centimetres, but his style is all about chiselling the right balance for all his fangirls out there. Moreover, Manolo Blahnik’s worldwide acclaim lies in his exquisite, inimitable embellishments and eye-popping shades of pumps that instantly make jaws drop. His craftsmanship is, without question, absolutely impeccable and he's known to be a master cobbler with high prowess in pattern cutting.

His quirky and highly romantic Spanish personality which is mirrored in his shoes, along with his use of exotic motifs has made him stand out from among a sea of talented designers in the luxury market. The renowned critic and the perennial front-row seater, Anna Wintour wears none other than state-of-the-art Manolos.

Manolo Blahnik, a trailblazing designer changed the course of fashion footwear and gave intriguing twists to mundane footwear which has, unsurprisingly, led to him being crowned as the king of heels.

The birth-giver of the iconic ‘red-soled shoes’ got the incredible idea after a glance upon his assistant’s red nails. Christian Louboutin dropped out of school to pursue his passion for shoe designing and later in 1991, set up his own salon. This salon quickly rose to fame as Princess Caroline was publicly enamoured by his out-of-the-world silhouettes.

His design ideas stem from his surroundings and he often finds his muses in nature and the rampant running pop culture. In 1987, he launched an olive and white hued metallic-leather shoe that looked like the scale of fishes and was inspired by the aura of an aquarium. We can definitely say that Louboutin’s mind works in mysterious ways, as his creativity is expressed through unusual and unique sandals. He once launched a line of glamorous shoes called NUDES, varying from lighter to darker tones, designed to elongate the legs.

As a torchbearer of pop culture, Christian is very indulged in subcultures and often molds those ideas into beautiful wearable art. Many of his shoes have incorporated metallic studs on a transparent body to voice the power and appeal of grunge, punk aesthetic. As a multi-faceted designer, he has bestowed the world with everything from quintessential everyday pumps to outlandish stilettos that stand out on every occasion.

Jimmy Choo’s eponymous label reached colossal heights when he came across Princess Diana through his made-to-order shoe boutique. After then, it was all fairytales and rainbows as Jimmy Choo found ambassadors like the Princess and Carrie Bradshaw from Sex and the City who vaunted off his designs with great fervour.

Jimmy Choo has worldwide acclaim, courtesy to the brilliant Italian craftsmanship that the shoes exude as well as its lavish aesthetics and its iconic golden logo. From low-key solid sneakers to heels throwing off the roof to British leather mules, Jimmy Choo gives you multifarious choices of subtle and extravagant.

Moreover, Jimmy Choo boasts of dainty floral fabrics with muted tones gorgeously spread across the sole of pumps. It also flaunts some quirky and graphic iconography to capture the attention of millennials. With such designs, it reeks of luxury throughout all its aspects, meted out to sophisticated clientele as it has stores in every nook and corner of the world, uniting women who live for beautiful shoes.

The avant-garde British designer, whose genius was way too ahead of his times, completely took the fashion world by storm. Alexander McQueen came from a humble background with a mind that was filled with unconventional ideas. He always seeked to transform the concept of fashion into a radical and personal representation of history, literature, and culture. As he often liked to say, “Fashion is a big bubble and sometimes I feel like popping it”

Many of his designs have represented women in armour-like clothing with very feminine silhouettes and prints in an attempt to radiate the strength of women and empower them simultaneously. Dark romanticism aptly defines this brand’s DNA-metallic silver studs and spikes emblazoned on leather and latex textures are the focal point of many of his shoe lines, displaying his distinctive style.

After the brand’s thigh-high boots and sneaky pumps spread like wildfire, the next big introduction, the chunky trainers, with an edge of street style to them, went rampant.

Alexander McQueen commands high prices for its excellent and flawless tailoring and state-of-the-art silhouettes which were termed ‘provocative’ but were trailblazing.

Salvatore Ferragamo commands staggering prices ranging from €535-€2000 with a crazily famous customer list of iconic pop stars such as Marilyn Monroe, Audrey Hepburn, and several A-list celebrities like Meryl Streep and Angelina Jolie. The eponymous label started with Salvatore’s resonance with the Italian Romanticism and the culture strung to it which brought about his brand.

His creations are carved out from a miscellany of fields like science, architectural marvels, and the structural wonders around the world. These ideas which were juxtaposed with the trendy run-of-the-mill ideas crowned him as a futurist shoe-maker with brilliant tailoring and pattern cutting skills which is clearly reflected in the brand’s ethos.

In 1947, Salvatore was worldly lauded for his dauntingly beautiful ‘invisible sandal’ with the Neiman Marcus Award. Another such Salvatore creation that received worldwide acclaim was the rainbow shoe donned by Judy Garland and the pump heel which was Marilyn Monroe’s personal go-to shoe. Salvador Ferragamo will always be vividly remembered as a wildly creative and unmatched footwear brand. 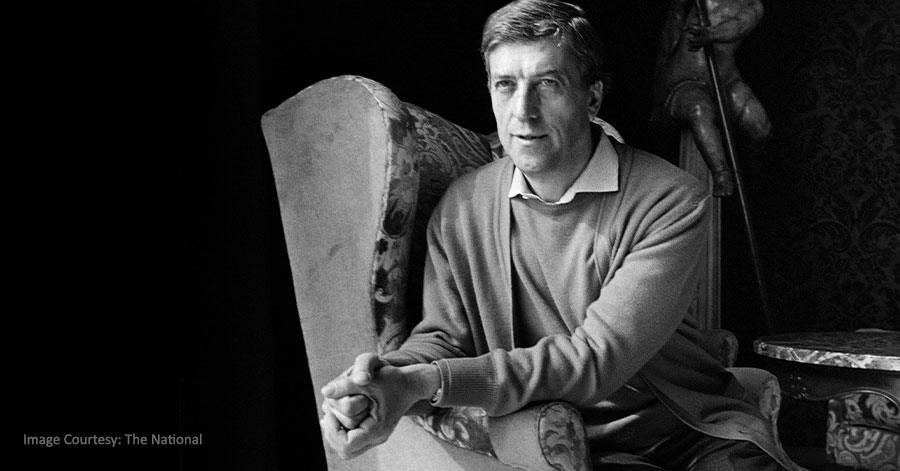 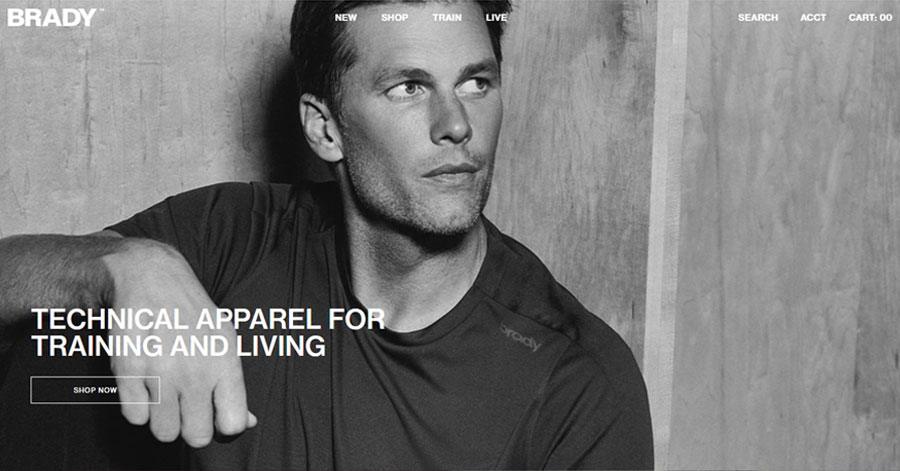 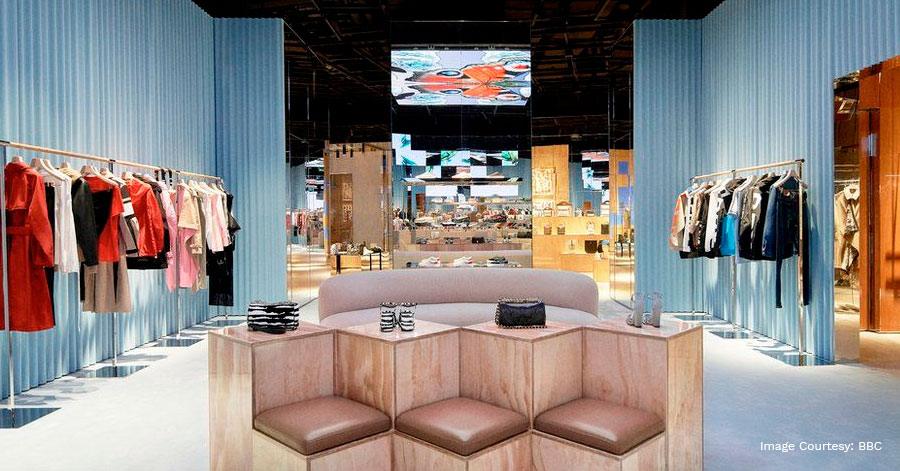