Global gallery Gagosian is delighted to showcase new works on paper and canvas by Mehdi Ghadyanloo. This is his first solo show in Asia, and it opens on September 22.

Ghadyanloo's paintings are meticulously designed with regard to geometry, colour, and chiaroscuro. The slides, tunnels, and ladders he portrays are situated in shallow, rectilinear chambers that are both recognisable and strange. The landscapes are lighted from above by skylights, with painted beams of light revealing the plastic and metal constructions' intricate features and signalling various times of day. As much as they are imagined physical constructs, playground apparatuses serve as symbols and monuments to psychological states. Absent of children or other characters, they have a mysterious, towering presence that evokes longing for the purity of youthful play while alluding to existential issues.

From 2004 to 2011, Ghadyanloo painted more than a hundred murals in public spaces across Tehran, and his distinctive style as a painter grew. Designed to enhance the urban environment and foster civic unity, these monumental works changed the appearance of the city and attracted worldwide attention, resulting in mural commissions throughout Europe and the United States. His return to painting on canvas has enabled him to explore new subject matter, which has inspired the current body of work.

The trompe l'oeil slides expand Ghadyanloo's grasp of size and aesthetic impact, while mirroring his fatherly insight of playgrounds' worldwide appeal. In the Hong Kong show, he also explores the concept of dualism in works such as The Parallel Love (2022), in which two spiralling slides mirror one other's positions. The crown atop The King's Speech evokes a symbol of social order as if it were a child's game, whilst other themes have unrealistic or nonsensical designs. In The Sky Monument (2022), for instance, the lower portion of the slide seems to have been severed and replaced with a ladder. In The Mystic Messenger (2022), which depicts a glossy, colourful rabbit, the ideas of artificiality and childhood are further explored. Watercolor paintings such as A Blinking Memory (2022) depict slides and the drama of light and shadow.

Surrealism is just one of the artist's influences, although Ghadyanloo's paintings recall the contradictory environments of Giorgio de Chirico and René Magritte. Invoking his fondness for Giorgio Morandi's lyrical still lifes, he wonders, "If a simple bottle can communicate to you, why couldn't a red slide?" The exact geometry of the paintings is equally influenced by the artist's homeland Iran's rich artistic, architectural, decorative, and literary heritage. 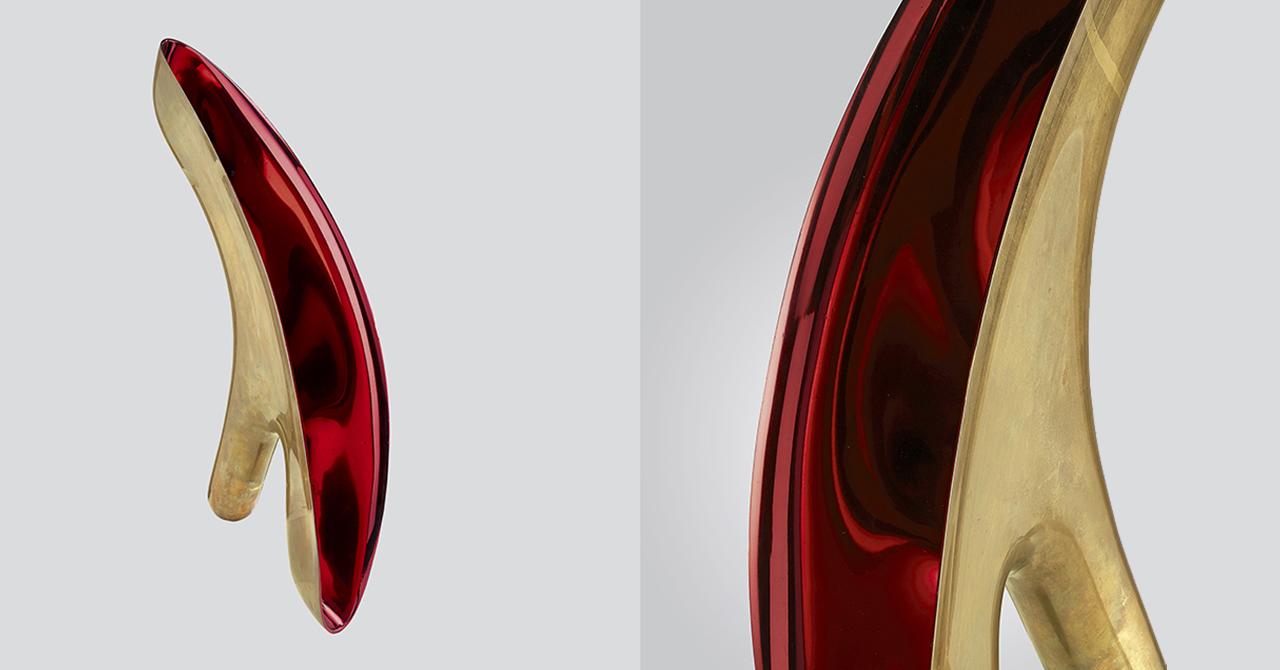 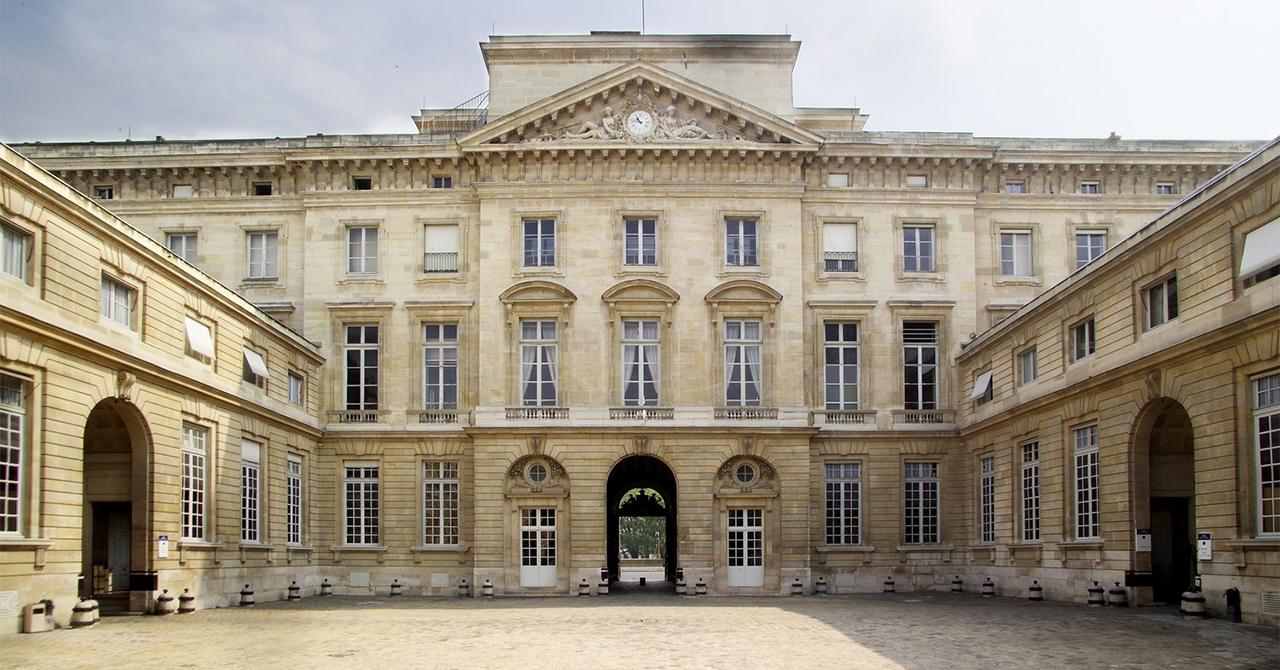 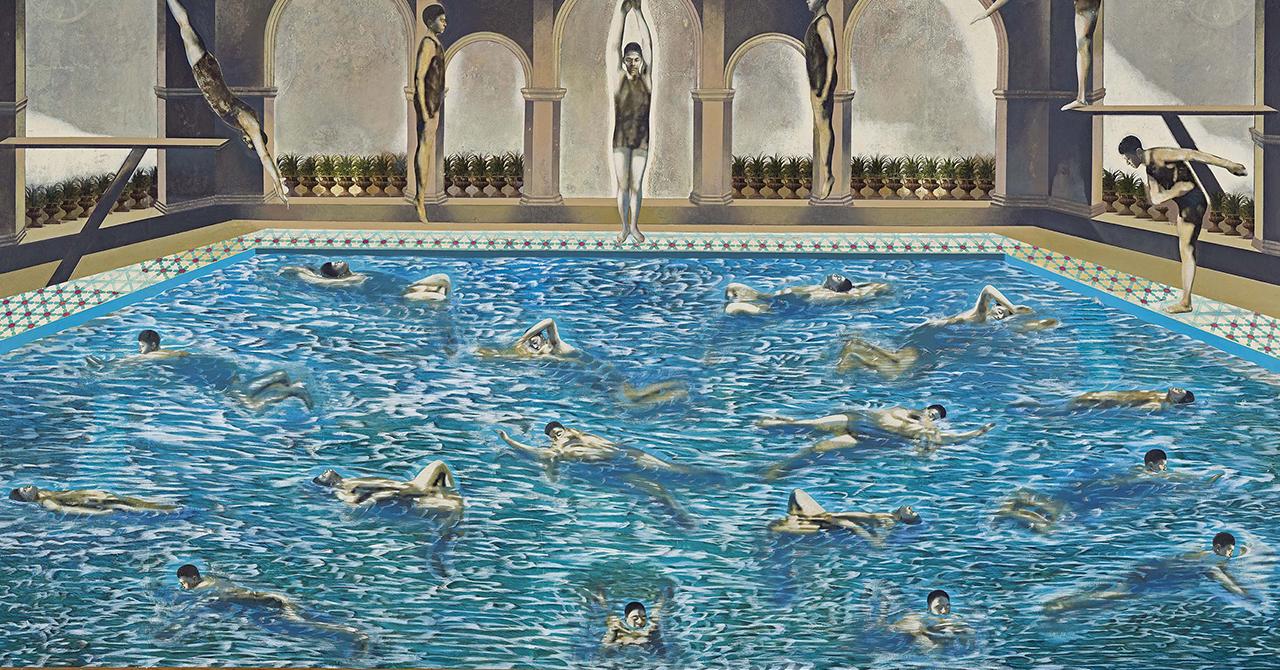 With Modern and Contemporary Art Auctions, AstaGuru Explores the Metamorphosis of Indian Art