Numerous significant people from the worlds of entertainment, fashion, activism, politics, and business will convene to support both the United Nations Sustainable Development Goals and F4D's efforts to advocate constructive methods for sustainable economic development. As part of the event, F4D will offer Agents Of Change Awards to people tackling food security, severe poverty, and education, as well as those working for a healthier world, cultural preservation, and the empowerment of women and children.

For the first time in the history of F4D, an Indian-origin luminary has been selected to attend the renowned event and to receive a prized award. This year, Sudha Reddy from Hyderabad, who is a philanthropist, entrepreneur, and fashion star, will attend the event.

Evie Evangelou, President and Founder of Fashion 4 Development, exclaims, "I am excited to bring together global leaders and change-makers to utilise the expression of fashion for the sustainable economic development and independence of communities throughout the globe. "Sudha Reddy is an incredible person who inspires goodwill, and we are thrilled to have her at this year's event to offer ideas and inspiration for how we can enhance sustainable systems - motivating responsible social change from what we wear to what we eat and how we live."

Sudha Reddy, who heads the charity office of MEIL and Sudha Reddy Foundation, says, "I have always thought that fashion is a medium through which culture and legacy are expressed and shaped. It is a tremendous honour to be welcomed by Fashion 4 Development to this prestigious meeting of global thought leaders. I look forward to discussing how India can contribute to economic growth's sustainability."

Reddy will attend the 2nd Annual Sustainable Goals Ball, which celebrates the significance of sustainable fashion and lifestyle initiatives, as part of her agenda. She will also be honoured at the 10th Annual First Ladies Luncheon, which brings together first ladies and royals from across the world to honour the unparalleled partnership between diplomacy and fashion. Senator Alessandra Biaggi of New York will present her with the Fashion 4 Development Philanthropy Award for her vast humanitarian efforts and contributions to sustainability.

For the luncheon, the fashionista of Hyderabad will wear a bespoke Tarun Tahliani ensemble consisting of a royal ivory-lavender kalidar lehenga saree with resham-dori work featuring 3D flowers, crystal sequin embellishments, and pearls, which she will pair with a vintage 15-row Basara pearl Mughal-era inspired necklace. For the event, she will wear a brocade gown with a white tipping bow back by legendary Japanese fashion designer Tadashi Shoji and a pearl head veil by couturier Neeta Lulla. Her striking accessories for the occasion will consist of an embroidered Dolce & Gabbana shoulder bag and a tanzanite blue diamond Heart Of The Ocean necklace.

The 2nd Annual Sustainable Goals Banquet will be hosted by Evie Evangelou, founder of F4D, and Jason Ma, founder, CEO, and chief mentor of ThreeEQ. It will feature specially curated plant-based cuisine, a fashion exhibit on preserving culture, a floral fashion runway dance by Princess Lockeroo, and a live musical performance by Grammy Award-winning artist Dionne Warwick, who will perform the song "Free," written by award-winning songwriter Diane Warren and produced by Dionne Warwick's son, Grammy Award-winning producer Damon Elliott. The song is a component of the programme Musicians in the Key of Free, which supports refugees throughout the globe. The Agents of Change awards will be presented at the luncheon by F4D speakers including Earthday Network President Kathleen Rogers, Film Producer Michael Simkin, and Education Above All Foundation Youth Advocate Ayan Said. Hugh Evans and Simon Moss of Global Citizen received the Impact to End Extreme Poverty Award, which was accepted by Liz Henshaw, President of Global Citizen. Yunus Dogan, Chairman of Texas Biotech, received the Impact in Food Security Award. Mubarak Al-Thani, Head of Development for the EAA, will receive the prize on behalf of the Foundation, which was established by Her Royal Highness Sheikha Moza bin Nasser.

F4D Founder Evie Evangelou will host the 10th Annual First Ladies Luncheon with Keynote Speaker and Angel Investor Dame Didi Wong, who will also be admitted into the elite F4D Leading Ladies club during the event. The luncheon will include a "green carpet," cocktail reception, awards presentation, and fashion runway show celebrating "Ten Decades of Fashion, 1920-2020," coordinated by New York Vintage creator Shannon Hoey and BY.Bonnie Young designer Bonnie Young. The first-of-its-kind fashion show will begin with an original song by musician and producer Celia Babini AKA CIB, and will include a combination of BY. Bonnie Young and Shannon Hoey's New York Vintage designs. In addition to emphasising zero-waste, locally sourced, and repurposed materials, the runway will include a current take on fashion from diverse decades. The luncheon will also include a mannequin exhibit, with each mannequin representing a different decade and displaying classic items from several renowned designers. The luncheon will include comments by New York State Senator Alessandra Biaggi and Space Prize's executive director, Kim Macharia. Additionally, there will be a special performance of the song "Applause" by Diane Warren and Sofia Carson. The song is used in the film Tell It Like A Woman, which is produced by Iervolino & Lady Bacardi Entertainment in collaboration with We Do It Together, a non-profit film production business committed to gender equality. The performance will be delivered by We Do It Together's creator, Chiara Tilesi. Sirintip, an award-winning experimental trilingual singer and composer with clout in both the pop and jazz scenes, will perform at the conclusion of the luncheon. Her latest album "Carbon" was produced in a carbon-neutral studio and focuses on climate change. The event brings together first ladies and royals from across the world, diplomats, philanthropists, fashion VIPs, and other influential figures to honour the extraordinary collaboration between diplomacy and fashion. Sen. Biaggi and Dr. Precious Moloi-Motsepe, philanthropist and F4D Ambassador for Africa, will present the awards, which will recognise: - Grammy and Emmy-winning and 13-time Oscar nominated Songwriter Diane Warren and Actress, Singer, and Activist Sofia Carson, Women's Champion Award - Gina Diez Barroso, Founder of Grupo Diarq, Founder and President of Centro University, and D.

Regarding Fashion for Development

Fashion 4 Development (F4D) is a private sector worldwide platform launched in January 2011 by Evie Evangelou in support of the United Nations Millennium Development Goals and "Every Woman, Every Child," an initiative of the United Nations led by Secretary-General Ban Ki Moon. F4D is founded on the basic leadership concepts of the 4Es: Educate, Empower, Enhance, and Enrich, and it develops partnerships that promote the fashion and textile industry, advance economic and social development activities, conserve culture, and empower women. F4D pledged in 2015 to support the 17 Sustainable Development Goals of the United Nations and to lay a substantial emphasis on sustainable living habits for a healthier society. With activities in over 20 countries, Fashion 4 Development's mission to promote good social change is welcomed with open arms across the globe.

During the United Nations General Assembly week in New York, Fashion 4 Development hosts its Annual First Ladies Luncheon to commemorate the unparalleled partnership between diplomacy and fashion for the greater welfare of women and children worldwide. First Ladies, UN Ambassadors, and VIPs from across the globe gather to celebrate awardees – our "Agents of Change" - for their humanitarian activities. The awards presented during the F4D First Ladies Luncheon include the Fashion 4 Development Award, the Eco Award, the Women's Champion Award, the League of Gentlemen Award, and the Medal of Honor.

After becoming the first Indian and first celebrity of Hyderabad background to be invited to the renowned Met Gala in 2021 and Paris Haute Couture Week in 2022, Sudha Reddy's standing as a worldwide powerhouse in fashion is cemented. However, the renowned industrialist is primarily admired for her philanthropic and empowerment efforts.

The humanitarian who leads with her heart oversees the corporate social responsibility initiatives of Megha Group Of Industries, which are responsible for a number of social impact projects across India, while the Sudha Reddy Foundation aims to support women and children by focusing on affordable healthcare and accessible education.

Her considerable charitable activity includes a partnership with Elizabeth Hurley for the Breast Cancer Research Foundation in Paris and a partnership with American actress Eva Longaria at The Global Gift Gala to raise awareness about children suffering from chronic illnesses.

The Champions Of Change Award by the Telangana Government in 2022 and the Young Indian Women Achievers Under 45 Award at Young FICCI Ladies Organisation (YFLO) in 2021 are among Sudha's honours and accomplishments. 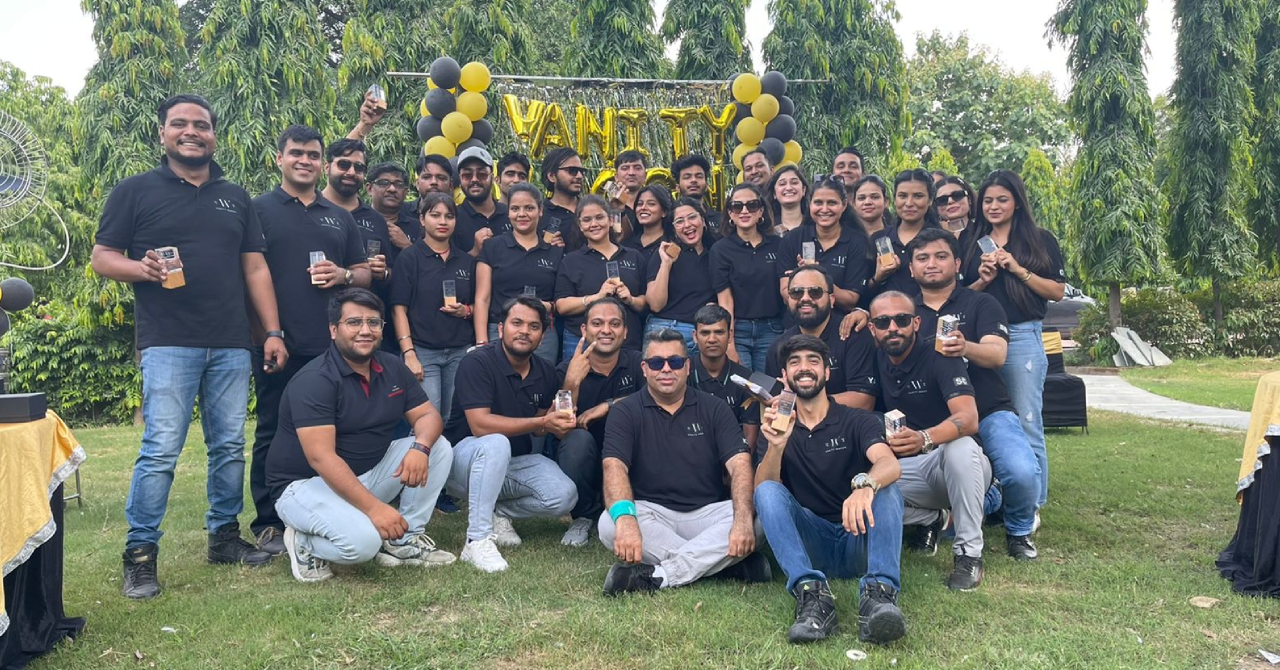 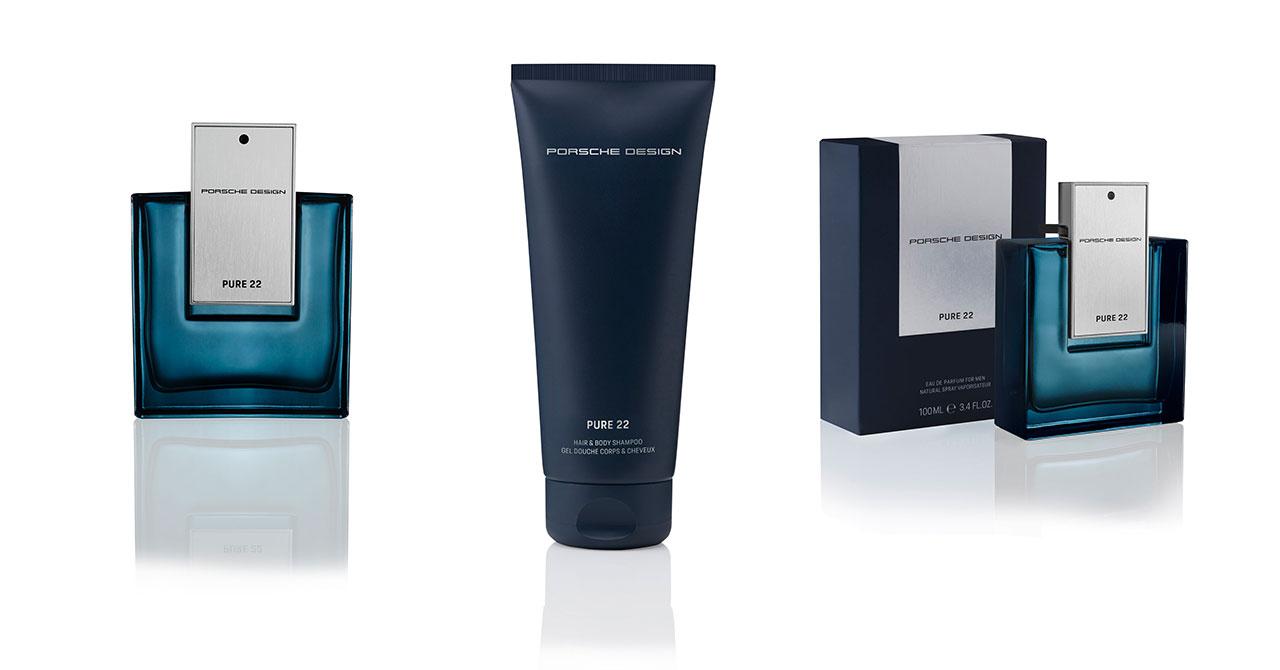