The 45-meter ISA GT 45 M/Y Aria SF was launched at the ISA Yachts shipyard in Ancona, Italy, a Palumbo Superyachts brand. She features a fin-shaped hard top and clean, athletic lines on the outside. Her plumb bow includes side arches that connect the three decks, which has been a signature of the shipyard for the last 20 years.

The yacht's naval architecture was conceived by the experts at Palumbo Superyachts, while its exterior and interior were created by Team for Design – Enrico Gobbi and Luca Dini Design & Architecture, respectively.

Five roomy cabins on the M/Y Aria SF can sleep a total of 10 passengers. Two VIP suites and two double cabins with twin beds that convert to doubles with a sliding mechanism may be found below deck. The front section of the main deck houses the owner's suite, which has a sitting area with a sofa and a television in the entrance/lounge area. The skylight-lit, full-beam cabin is equipped with a walk-in closet, a shower bathroom, and a private deck on the ship's starboard side. A unique feature is the private stairs leading out to the garden.

The material-effect resin bulkheads behind the beds were developed by the owner to include abstract references to the elements of water, wind, sand, rocks, corals, and speed. Even though it's personalised wallpaper, all of the bathrooms and the inside stairs have the same kind of wall covering. Glas Italia's Crystal Lounge crystal-structured sofas are coupled with Minotti's Freeman Duvet in the main living space.

Ten place settings are spread out on a red-lacquered, formal dining table that is aligned vertically with a skylight in the ceiling. From the top deck in the rear, you may enter via a circular window that opens to the full 180 degrees, giving you unrestricted access to the outside world.

The bow has a large telescope, while the fly deck houses a fully-equipped outdoor gym.

The rear door of the beach club is crafted entirely of carbon. It's a one-of-a-kind sculpture with a custom texture, like the pool at the rear of the main deck, and it has a glass section that lets light into the beach club below. A carbon insert was added to the hull's front end to accentuate its forward motion and the line's energy. Tecno Tessile Adler produced all of the carbon parts.

The captain has his own stateroom on the upper deck, while the other six crew members have their own quarters in three double cabins below deck.

The ISA GT 45 can reach a peak speed of 16 knots and a cruising speed of 14.5 knots thanks to its two 1300 horsepower CAT C32 ACERT engines. The lower deck has a carport that opens to starboard, where the 5-meter tender may be stored. The bow is home to a hangar for two jet skis and a rescue boat, all of which are accessed by a hydraulic crane. 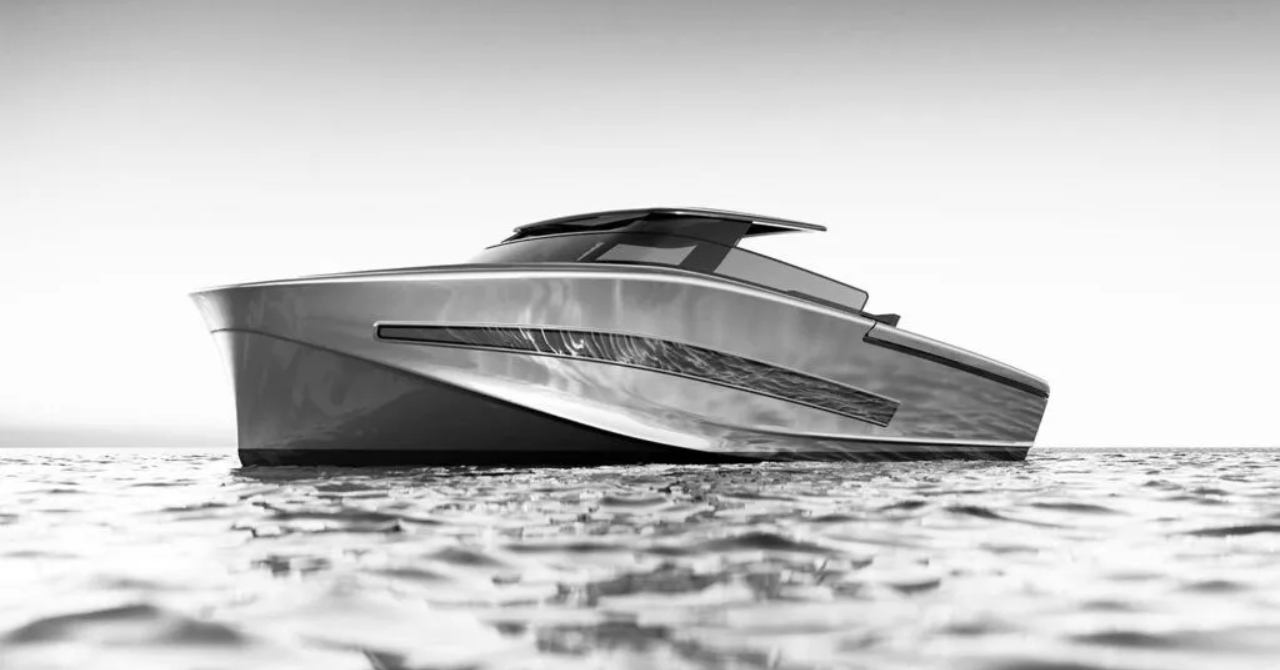 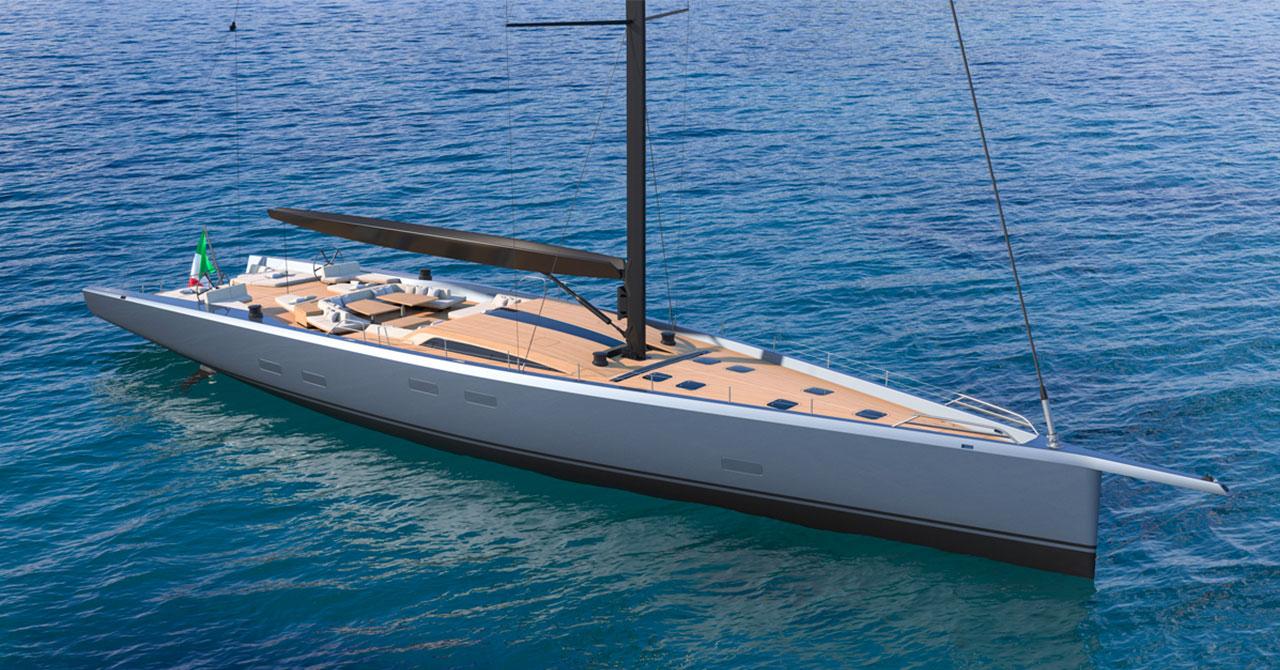 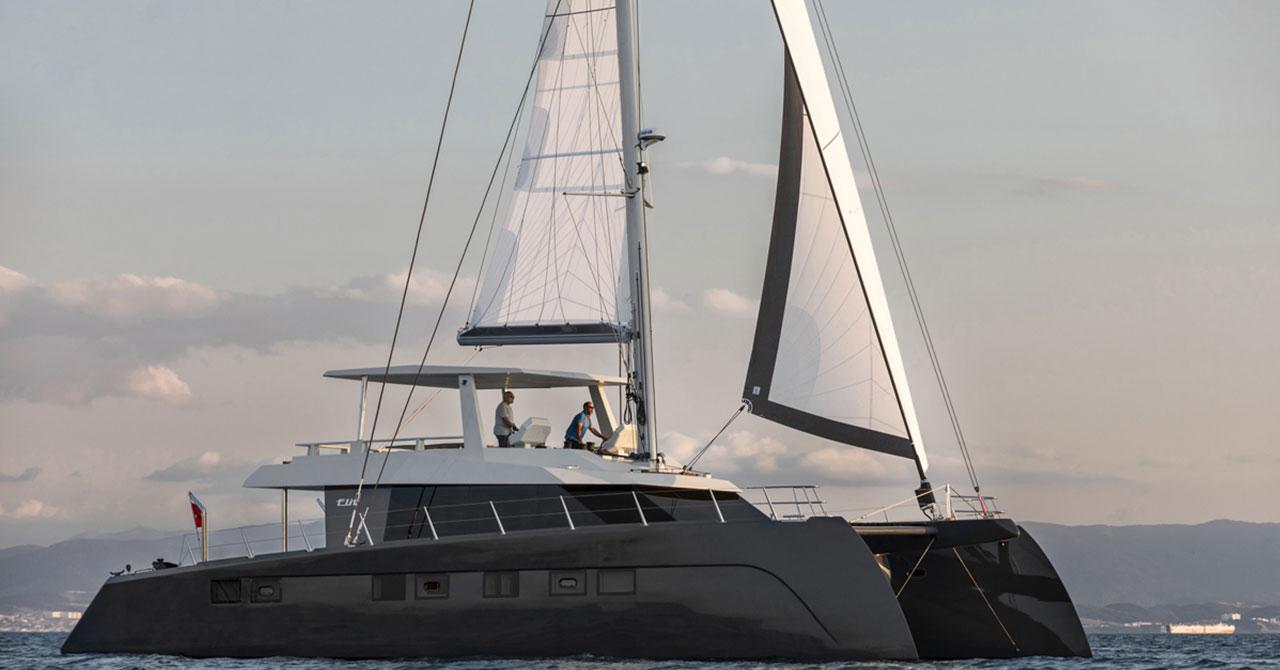 The World's Longest Wooden Catamaran Built by Soyaslan is Stunning