An Exhaustive Guide to Luxury Real Estate in Albania

One of the world's very beautiful countries, Albania, formally the Republic of Albania, is located in Southeastern part of Europe.

The demand for luxury homes in Albania is very high since it is beautifully located on the Adriatic and Ionian Seas within the Mediterranean Sea and has land borders with Montenegro, Kosovo, North Macedonia, and Greece. The capital and biggest city is Tirana, followed by Durrs, Vlor, and Shkodr.

With 476 kilometres of coastline extending from the Adriatic to the Ionian seas and more than 310 days of annual sunlight, luxury residences in Albania are appealing to overseas buyers. Foreign purchasers and investors in luxury real estate are a vital component of the luxury home industry in Albania.

The majority of purchasers are from countries in the Balkans and South-Eastern Europe, which are essentially landlocked countries.

Many non resident Albanians also invest in luxury homes in Albania including in the seaside home market. Like any other real estate market in the world, the location of a luxury property in Albania dictates the price factor for the same.

The majority of luxury home buyers with a restricted budget seek out houses in Durresi or Shengjini, while some seek out more expensive luxury real estate possibilities in southern Albania.

As a matter of fact a major set of luxury home buyers in Albania are pensioners from Italy, France, and Germany who invest in a big way in Albania luxury property market.

In recent years, an increasing number of international retirees have settled in places like Durres, Saranda, and Vlore. According to them, the cost of living in Albania is much cheaper than in their own country. Numerous European nationals make substantial investments in luxury real estate in Alabama.

The Albanian coastline is the more affordable option for property investors and those seeking a coastal home. However, premium real estate in Albania is also accessible at Lalzit Bay and is also being developed in Palasa, Dhermi. The good news for foreigners who purchase an apartment or villa in Albania is that there are no purchase restrictions.

Which are the Best Places in Albania to Invest in Luxury Real Estate?

Albania is an excellent alternative if you are seeking for a nation in which to optimise investments in real estate. It has a favourable geographical position, a long coastline along the Adriatic and Ionian seas, and is within a short flight of the main European cities. All of these factors and more make it an excellent choice for investing in real estate in suburban regions, ancient towns, historic districts, and rural locations.

Today, residential property in Albania is less expensive than it will be in the next years. In summary, now is the greatest moment to invest in real estate in Albania, including apartments, villas, and land. Before purchasing property in the Land of the Eagles as a foreigner, there are a few things you should know about the real estate market and the country in general.

With the exception of a few coastal cities and towns, mostly on the southern Riviera, the Albanian real estate market caters to Albanian natives and expatriate Albanians. In the meanwhile, foreign interest in residential real estate in Tirana's capital city has not yet increased. Even non-citizens who want commercial real estate opt to rent rather than purchase.

The real estate market in coastal towns like as Saranda, Vlora, Gjirokastra, Qeparo, Borsh, Himara, and Vuno is less costly than on the opposite side of the Ionian and Adriatic oceans.

As compared to luxury real estate in Italy, in which only wealthy international buyers can manage to buy a home in a highly coveted region like Cinque Terre or Como Lake, Albania offers exceptional homes for a much lesser price.

Students and foreign nationals working in Albania have the most interest in immovable property in large cities such as Tirana, Durres, Elbasan, Shkodra, Gjirokastra, and Korca. The majority of Albanians own their homes. Recently, real estate agents have seen an increase in second-home purchases. They invest in real estate and rent it out to tenants. There are several methods to generate income from a real estate investment, including flipping, renting, and Airbnb.

In other nations, the taxation system may be the scarecrow that frightens away purchasers. In Albania, however, the issue lies inside the real estate market. The legislation on foreign investments provides investors with specific protection in real estate disputes. Due to several reforms and illegal actions, it is still difficult in Albania to determine the true owner of a given property. On the other side, the legal system is still weak and ineffective when it comes to preserving the rights of citizens, whether they be Albanian or foreign.

However, it is anticipated that the Justice Overhaul, also known as the vetting, will rid the system of corrupt individuals and reform the whole sector, but that is a different tale.

If you want to invest in Albanian real estate, you should target university cities or tourist locations. In any scenario, you may list your home on Air BNB during the months when you are not using it. These neighbourhoods and economic centres attract long-term renters.

From the nation's capital, Tirana, to the furthest reaches of the country, you may discover charming and ancient structures. Old properties with traditional architecture may be obtained at reasonable costs when extensive renovations are necessary. On the other side, they might be prohibitively pricey, particularly in the UNESCO World Heritage Sites of Berat's Mangalem Quarter and Gjirokastra's ancient district. Other towns to consider are Kruja, Shkodra, Durres, Korca, the northern regions of Kelmend and Theth, and the seaside settlements of Valbona, Permet, and Konispol in the southern Riviera. Older homes are less energy efficient than newer homes, which is a factor that might decrease their prices.

Countryside properties in Albania are excellent possibilities, and they may feature citrus orchards, olive groves, and vineyards.

If it is located on the water, it is in a popular tourist region. One of the neighbourhoods with the most affordable seaside homes in Durres. It dubbed the Florida of Albania, since many Italian retirees choose Durres over Florida. They like nice weather, inexpensive costs, and pleasant people. The city that draws the greatest number of international purchasers is southern Saranda. This tendency is influenced by the large number of visitors and tourists as well as the competitive rates in comparison to other nations in the area.

The seashore of Durresi is separated into three parts.

Lalzi't Bay is the most expensive location

The second sector is situated between Plepa and Golem, where the availability of premium real estate is increasing.

The third location, Golem – Qerreti beach, is where the most expensive apartments are located.

The cost of housing along the southern coast, and particularly in the Riviera, is much higher than in the rest of the nation. Radhima and Orikum provide more affordable housing options than coastal communities to the south.

According to the largest luxury real estate companies in Albania, particularly those specialising in coastal locations, the city of Saranda is the most desirable market for international purchasers. They visit the city over the summer and then return in the fall to purchase a home. Due to its closeness to the airport on Corfu Island, Saranda continues to be the city of choice for purchasers from northern Europe and Scandinavia.

Greece is closer to Saranda. It has two land border crossings with Corfu Island at Kakavija and QafeBota, and is linked to Corfu Island by frequent ferry service. The majority of tourists come in Corfu through its airport. Yacht owners may dock their vessels in the harbour of the city. In addition to its many beaches, Saranda is also known for its rich cultural and historical legacy. Butrint, a UNESCO World Heritage Site and the most-visited tourist attraction in Albania, is 18 kilometres from Saranda, while the southern area offers a wealth of destinations to explore.

Nearly every settlement along the Ionian Coast has for sale old homes. They are situated in little communities on the slopes of mountains. Qeparo is a very alluring market for foreign homebuyers. Nonetheless, Konispol in the southernmost region of Albania may soon attract purchasers. Old structures, complete with garden and fruit orchard, are available at extremely competitive rates. They need repair, but are worthwhile investments. A few minutes separate Konispol from the Greek border, while three hours separate it from Corfu International Airport.

Luxury real estate in Albania is supported by the country's astounding natural beauty.

The Albanian Alps are renowned for their ruggedness and exceptional beauty. If you go to Albania, be sure to stop by these picturesque mountain villages. Boga, Thethi, Razma, and Vermoshi are pristine regions with woods, streams, caverns, and breathtaking vistas.

This whole region comprises of mountains higher than 2,000 metres. They are quite steep and flat towards the top, where there are gorgeous meadows and an abundance of water that emerges from fairy-tale-like subterranean springs.

Separated from the vast valleys, the Alps resemble consuming gorges, encircled by naked and gaping cliffs, treacherous necks, and jagged summits. All of this creates a gorgeous and awe-inspiring sight that will soon become a one-of-a-kind tourism destination in Albania.

Jezerca Peak, which is the tallest mountain (2,694 m), Radohina Mountain (2570 m), Snik Mountain (2,554 m), and many more mountains above 2400 m constitute the core of the Alps. This region is also known as Bjeshk't e Namuna (Cursed Mountains) due to its ruggedness and sterility.

Boga has been recognised as a settlement since the 15th century. As a result of its glacial origin, the Boga Valley provides exceptional alpine scenery beauty. This settlement is relatively well-known among tourist guides due to the interest of explorers in karstic caverns, as well as the attractive inns that provide lodging and traditional food.

Thethi settlement is situated around 70 kilometres from Shkodra and approximately 2500 metres above sea level. The crystal-clear and ice-cold Shala River runs through the settlement, while torrential waterfalls and cascades cascade from the surrounding mountains. Not to be missed are the relaxing, sunny mornings in the fresh air complemented by the delicious local cuisine.

Vermoshi is around 95 kilometres from the city of Shkodra. You will be captivated by the splendour of two big alpine mountain ranges clothed in beech and fir woods as you go down the Vermosh valley. Before approaching Vermosh, you will travel through many charming towns, including Tamara with its 500-year-old bridge, Lepushe, and Kelmend.

A Definitive Guide to Luxury Real Estate in Andorra, Europe 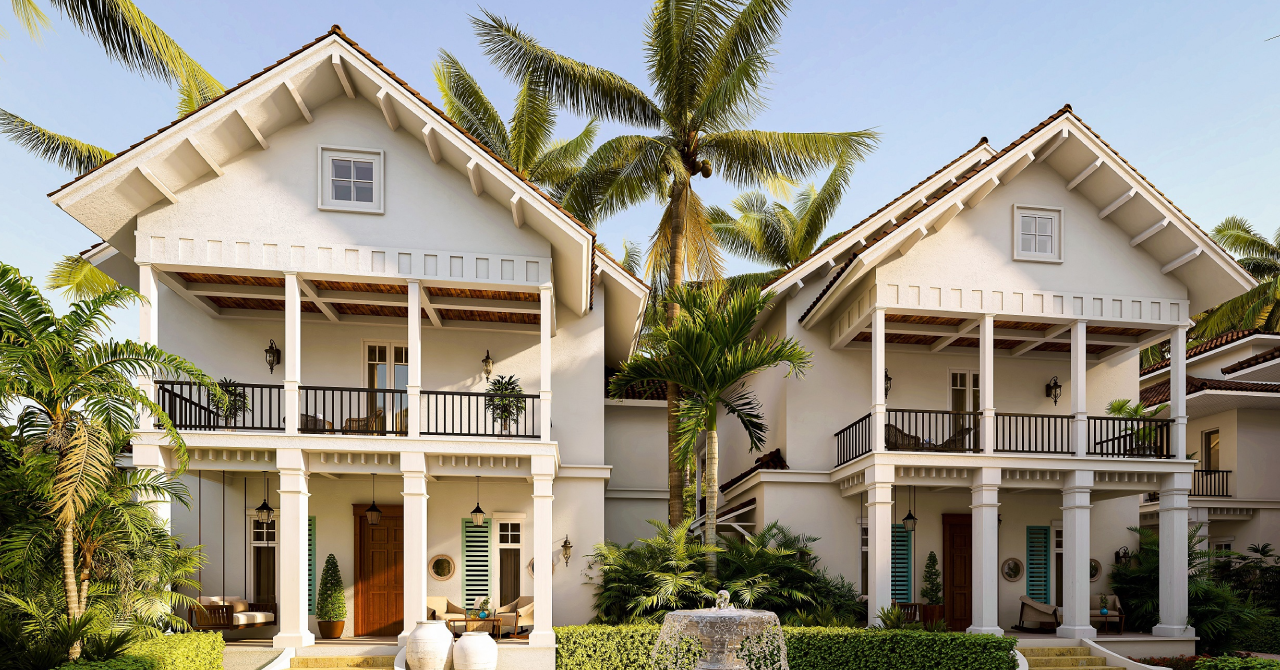 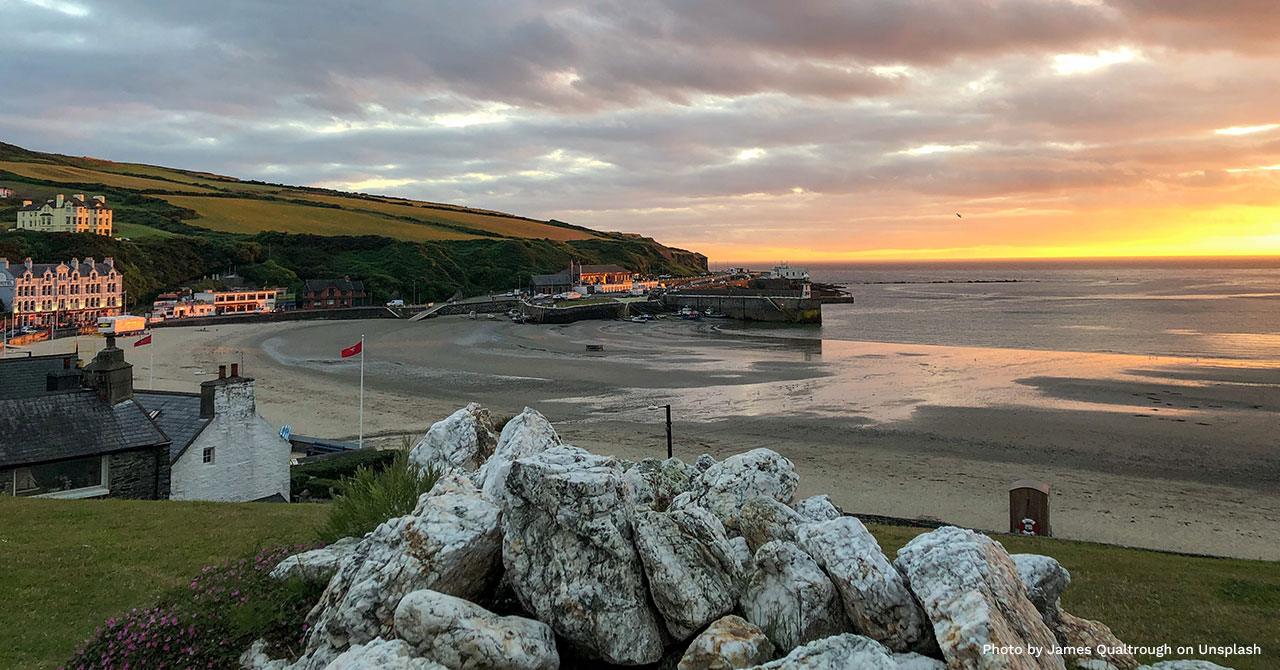 The Comprehensive Guide to Luxury Property on The Isle of Man